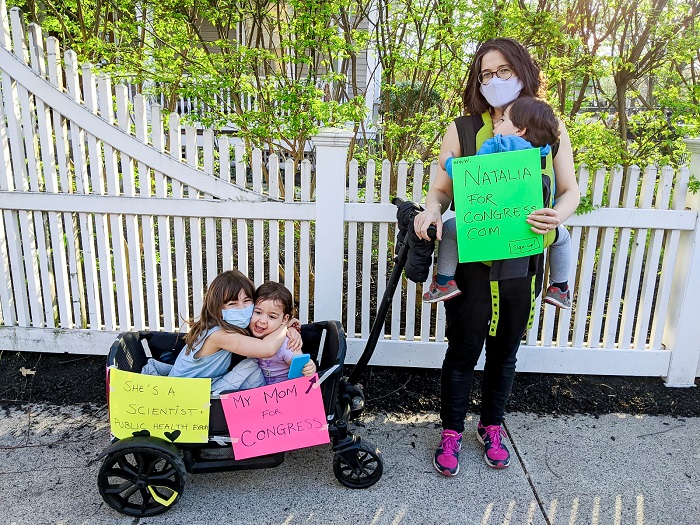 In the democratic primary for the 4th congressional district of Massachusetts, Greek- American Dr. Natalia Linos is bringing her background as a Harvard trained epidemiologist and past international experience working with the United Nations to bare in a crowded race with eight other candidates.

“It has been an up hill battle in terms of fundraising and getting ourselves organized in time because I was the last candidate to enter the race,” Dr. Linos told Greek Reporter over a phone interview.

The Executive Director of the FXB Center for Health and Human Rights at Harvard University is no stranger to the world of public policy. She states, “I have seen how politics and legislation is rolled out.”

From 2014 to early 2016 she worked as Science Advisor to former NYC Health Commissioner Mary Bassett. During her time there one of her most important roles was serving as the focal point for Mayor Bill de Blasio’s ThriveNYC program, an $800 million citywide mental health initiative designed to address the opiod crisis, depression, and suicide. 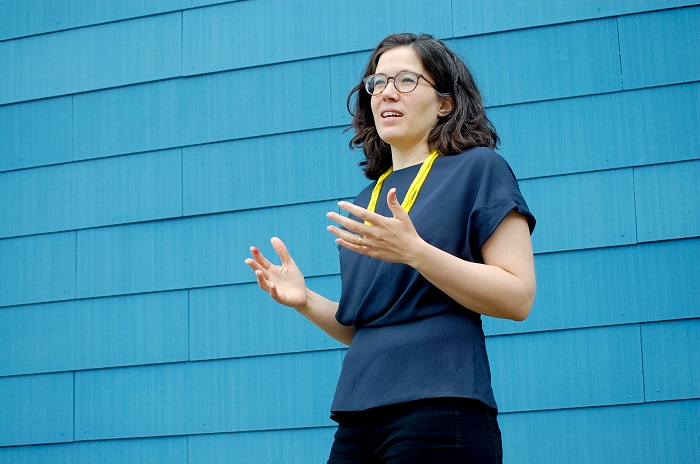 Yet, the jump from public health to elected politics is recent. “The decision was because of the covid disaster.” She told Greek Reporter, “Now is the right time because we are in the middle of the worst global pandemic of our generation.”

Dr. Linos had been charting the path of the virus since its onset. On March 2 she co-wrote a
piece with Bassett in the Washington Post warning that America could be vulnerable to the
worst of the pandemic due to what the authors described as the Nation’s “deep inequity.”

Today, she believes training in public health is needed in congress more than ever and says the excitement is palpable in her campaign, “There is a lot of momentum in terms of volunteers and energy and excitement to have an epidemiologist and scientist in office during a global pandemic.”

The US congress has relatively low numbers of scientists in its ranks. And while some US
physicians from both parties have had prominent roles in the US Congress it is more difficult to find the face of a familiar scientist.

“Campaigning is tremendously expensive and the signals of how viable you are as a candidate are around how much money you raise. That requires you have personnel wealth or deep wealthy networks, and scientists fall off of that category,” Dr. Linos said when asked why more of her peers are not in Congress “most scientists just don’t have that deep network.” 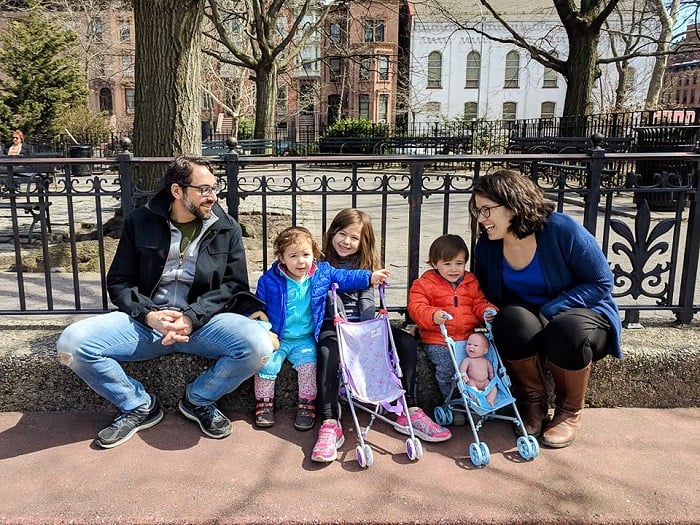 In the past there may also have been a question of how badly a scientific skill set was needed in congress. Coronavirus has brought such discussions to the forefront. “I think people, especially some younger people, are saying a science background is important and is helpful because alternative facts will not get us to where we need to be,” Linos said.

The public health and social epidemiology specialist also added that those with backgrounds like hers are well placed to build bridges between the worlds of science and policy. “We look at health as the conditions around our world and how that impacts our health. The conditions of our neighborhoods, our schools, our environment.”

Still, Dr. Linos is adamant that she brings more to the race than just being an epidemiologist. “I did my PHD knowing I didn’t really want an academic career, but I wanted to have all the tools to do evidence based policymaking and be informed by a deep understanding of data,” she said.

Before obtaining her Phd in 2012, Linos took a young professionals exam for placement with the United Nations and worked in Economic and Social development in the Middle East with her first posting in Beirut. She worked at the UN from 2007 through 2019 while obtaining her Phd and taking a break to work in the NYC Health Department. While at the UN she studied colloquial Arabic and traveled throughout the Middle East.

“I laugh when people say, ‘how will you work on difficult issues’ she says smiling, “I worked on gender equality in the Middle East as a young woman.”

Dr. Linos went on to serve as a policy specialist and speech writer to Helen Clerk, former
Administrator of the United Nations Development Programme, advising her on health, human development, gender equality, and Arab states during the years of the Arab Spring.

She credits her resume and professional background to her family upbringing in Greece. “I think Greeks value education a lot and my parents drive was, ‘you don’t need to make a ton of money, but you need to have a really good education.’

She is one of 5 five siblings, 3 of whom are also professors, 1 at Stanford and 2 at Berkeley. 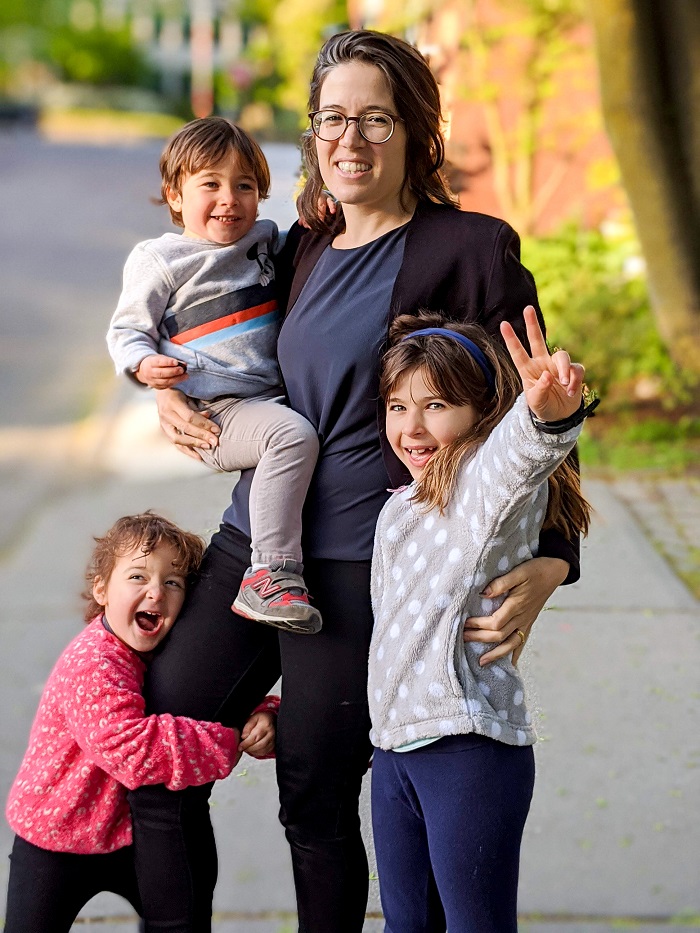 Linos’ physician parents moved to the US for their residency training in Cleveland Ohio where she was born. The family moved back to Greece when she was 1 month old and Linos was raised there until she was 17 and returned to the US to pursue her studies at Harvard.

“I grew up in a pretty religious household, but a science household.” Linos says of her
upbringing.

While she identifies as a progressive democrat, Dr. Linos says her childhood in Greece and
upbringing in the Orthodox Church can help her understand those who may come to issues with a different perspective. “I take it back to our common values,” she says.

Greek roots loom large in the campaign Linos told Greek Reporter, “It has been exciting to
see how much support I’m getting from the Greek American community. Greek American
doctors in the district are happy because I tick both boxes, the health one and the Greek one.”

As a first generation working mother with a 7 year old daughter and three year old twins she also brings that perspective to the race which she believes will be particularly needed as the US moves to reopening. 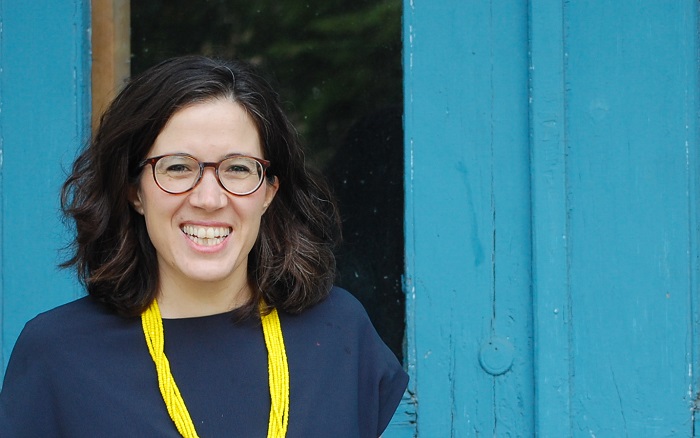 “The insights of how does it feel for a working mom to have kids home from school will shape the conversation that I will have as a congresswoman around whether we open schools.” She added, “I’m deeply worried about working moms carrying any of the burden of what we decide, if it is a shifted schedule, or part time schedule or whether we go back full time.”

Within the wider community she hopes her campaign can serve as an inspiration to young
women, but especially those in the Greek American community.

She has several Greek American high school and college girl students helping her campaign
and older members of the community have expressed the feelings of hope they see instilled in the 38 year old mother of three’s campaign.

Dr. Linos says, “They say, ‘I’m excited for this because I want my daughter to have a strong Greek American woman running for congress and what that means for her opportunities.”