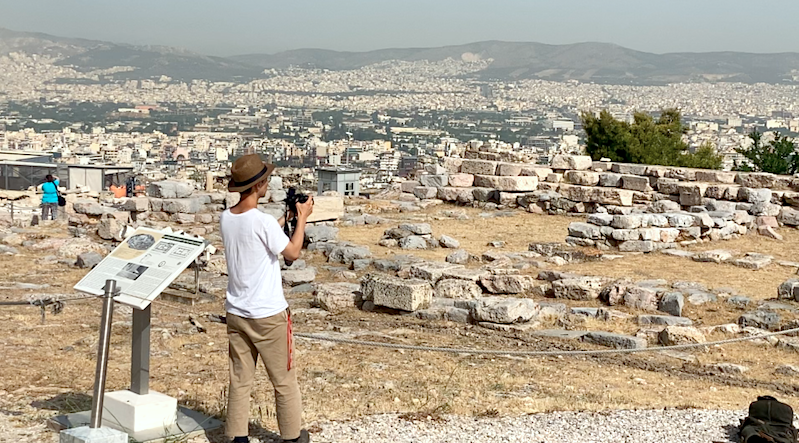 American tourists will have to wait at least until mid-July to learn whether they will be able to travel to Greece and the rest of Europe, following the decision by the European Union (EU) on Tuesday to continue the ban from the US.
Officials in Brussels decided to reopen the EU’s external border to 14 countries outside of the bloc starting on Wednesday. However, one country that is not featured on the list is the USA, along with Russia, China and Brazil.
The 14 countries are: Algeria, Australia, Canada, Georgia, Japan, Montenegro, Morocco, New Zealand, Rwanda, Serbia, South Korea, Thailand, Tunisia, Uruguay.
The list is based on criteria which require that countries allowed entry have coronavirus infection rates equal to or better than the EU.
The US now has the highest number of confirmed infections and the highest number of deaths caused by Covid-19 of any country in the world, according to Johns Hopkins University Coronavirus Resource Center.
Data continuously evaluated
Greece and the rest of EU say that the list of banned countries will be under constant review.
Greek PM Kyriakos Mitsotakis while confirming on Monday that no flights from the UK and Sweden will be allowed until July 15, said that the “the whole opening procedure is dynamic and the data will be continuously evaluated.”
Blow to Greek tourism
The US, UK, Russia, Sweden and Israel are traditional major players in the Greek tourism industry. The longer the travel ban from these nations lasts, the more damage to the country’s economy, as data from 2019 demonstrates.
According to the Bank of Greece in 2019 almost 1.2 million tourists arrived from the US, contributing close to 1.9 billion euros ($2.1 billion) to the Greek economy.
British tourists – the second largest market after Germany- totaled 3.5 million, contributing 2.5 billion. Russia ranks 12th, having dropped from the levels seen a decade ago. In 2019, there were 582,000 arrivals and revenues reached 433 million. The new emerging Israeli market, which is in 21st place, generated revenue of 200 million in 2019.
Experts say that, at best, Greece can expect tourism revenues of 4-5 billion euros in 2020, significantly down from the 18.1 billion in 2019.
The above five nations combined to account for almost a quarter of total travel revenue.
Health protocols and PLF
As Greece is opening its gates to international tourism on Wednesday, July 1st, strict health protocols and targeted testings will apply to prevent the spread of Covid-19.
Twenty-seven airports across the country will receive passengers from 18 non-EU countries, seven ports and seven land border crossings will open to welcome travellers from all over the world, with the exception of a few  countries where the number of coronavirus cases remains threateningly high.
The targeted testings will be based on special software that calculates which tourists are more likely to be carriers of Covid-19. The Passenger Locator Form (PLF) is now a key element for travel to Greece.