GRNews
GreekReporter.comGreek NewsTrump: What They Put Papadopoulos Through Is Unbelievable

Trump: What They Put Papadopoulos Through Is Unbelievable 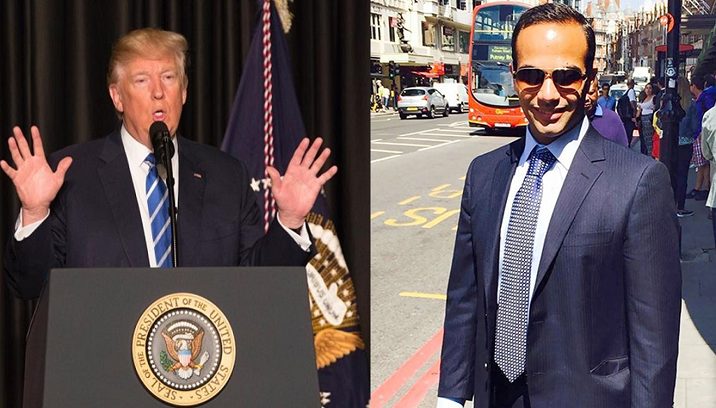 During the discussion, which premiered on Thursday, June 25, Trump mentioned Papadopoulos when Hannity said how there was potential pre-meditated fraud with the warrants that allowed the FBI to spy on Trump’s team during three years of his presidency.

“It’s unbelievable,” Trump said in response. “And what about Papadopoulos, and what they put him through? They had a tape of his conversation and it was a normal conversation,” he added in regards to the investigation.

The Mueller Report is the official document that describes the findings and conclusions of former Special Counsel Robert Mueller’s investigation into Russian efforts to interfere with the 2016 United State presidential election.

George Papadopoulos was a former Trump campaign aide during his election, and was a key figure in the FBI’s Russian probe.

Papadopoulos became caught up in the investigation with Russia when he received an email from an individual with close ties to the Russian government in April 2016.

Due to concealing the information, the Greek-American political adviser served 14 days in prison for lying to the FBI. According to Trump, figures such as Papadopoulos and key members in his team were deeply affected by actions of the investigation.

The U.S. Justice Department had previously concluded that at least two of the four court orders that allowed the FBI to conduct the secret national security surveillance were not valid due to “material misstatements” being made to obtain them.

Trump finished his statement during his interview by saying “It’s a shame what they put this country through.”