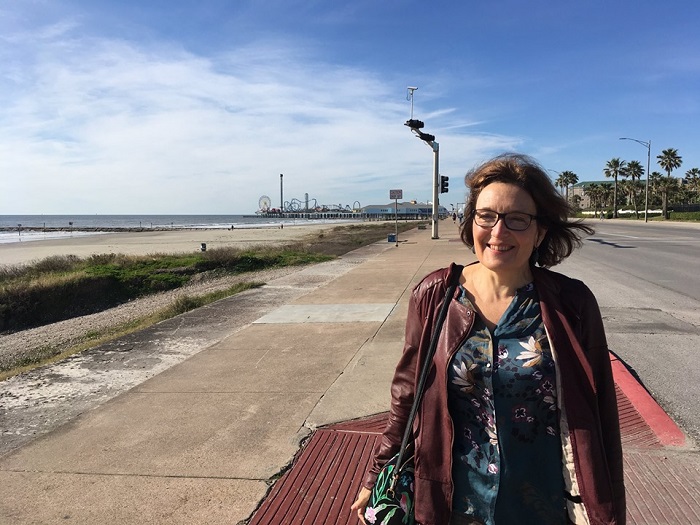 The trial for the suspect in the brutal July 2019 murder of American biologist Dr. Suzanne Eaton on Crete will begin shortly, the Greek lawyers representing Eaton’s relatives said on Thursday.
The inquest regarding the murder is now officially concluded and Pantelis Zellios, the man who admitted to killing the biologist, will be standing trial in her death.
Eaton, who had been on the island to participate in a scientific conference at the Orthodox Academy of Crete, was reported missing on July 2, 2019 after she had told friends she was going running.
Her disappearance sparked an intense search and her body was finally located five days later, buried in rubble in an abandoned WWII bunker and cave in the Maleme area of Chania, in western Crete.
Zellios, a Maleme resident, admitted to running Eaton down with his car, then raping and strangling her in an apparent random act.
In a statement, the family’s lawyers, Vasso Pantazi and George Tzeriz, said that “the husband, her two boys, the mother and siblings of the late biologist Suzanne Eaton, who was raped and murdered in a brutal and inhumane manner last summer, have entrusted us with defending her memory and supporting the charges against the man, who, beyond any human instinct, deprived her of the opportunity to live, plunging her family and relatives into immense sorrow.”
They also said that the family of the deceased scientist has absolute confidence in the Greek justice system and has expressed satisfaction with the result of the man’s cross-examination, “which has just been completed and which did not leave a single stone unturned in this brutal homicide.”
The lawyers also stated that, contrary to some reports, the accused killer did not at any point during his cross-examination revoke his confessions or apologize for his crime before the prosecutor.
Additionally, no active psychopathology was detected by psychiatrists during the suspect’s psychological evaluation. The doctors who examined him “determined he was entirely aware of the inhumane actions he perpetrated” and “were astounded by his apathy, coldness and cynicism,” the two lawyers said.
The statement added that “several local women in Crete bravely came forward to testify at police and the court” that the perpetrator had a history of consistently staging fake car accidents to immobilize women and attack them sexually.
The family will be present in court to testify and “help a fair decision be reached in her memory,” said Eaton’s relatives via their lawyers. They also “express their gratitude to all the Greeks for the hundreds of messages of support they have received.”
(With information from AMNA)