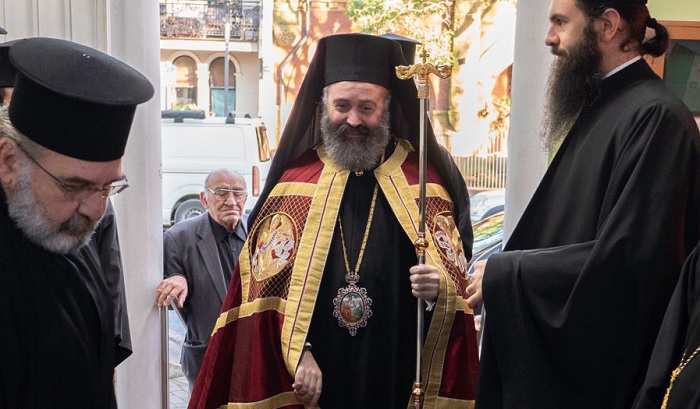 The new luxury apartment bought for the head of the Greek Orthodox Church in Australia, Archbishop Makarios, is set to ignite controversy among the Greek Australian community.

According to news.com.au, the new residence of Makarios is an apartment, with stunning views of the Sydney Harbour Bridge, the Opera House, a concierge and a heated indoor pool, costing a whopping 6.5 million Australian dollars ($4.5 million).

The stamp duty on the apartment alone cost nearly $400,000, the cost of an entire apartment in some states of Australia.

The strata fees, the monies paid for the upkeep of the exterior of the apartment, which features a concierge, are an eye-watering $5,600 a quarter, or over $20,000 a year.

The Greek Orthodox Church of Australia purchased the apartment for the new Archbishop on December 20, 2019, after his predecessor spent years living an ascetic life in a small room at the Church’s Redfern headquarters.

Designed by renowned architect Ercole Palazzetti, the Archbishop’s apartment takes up the entire floor and is “bathed in natural sunlight,” according to the real estate agent who sold the property. The stunning property captures a “dual aspect, breathtaking and iconic views of Sydney Opera House, Harbour Bridge, Barangaroo, Darling Harbour and the City Skyline.”

Archbishop Makarios, Primate of the Greek Orthodox Archdiocese of Australia, arrived in the country just last year, following the death of the beloved late Archbishop Stylianos Harkianakis, who was known for writing poetry.