The Grand Walk of Athens Starts to Take Shape 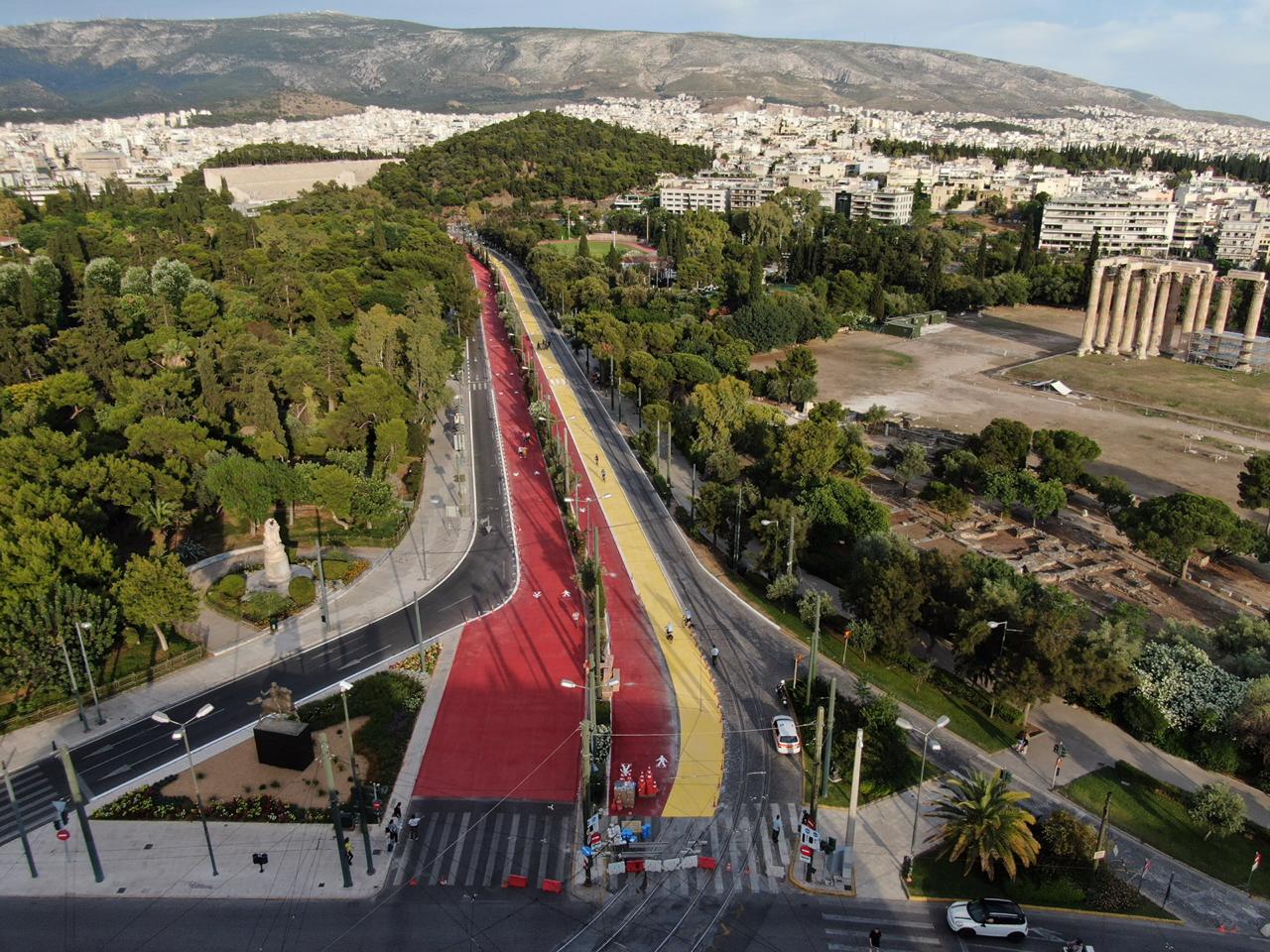 Just a little more than a month ago, the Athens City Council made the decision to undertake construction of the ”Grand Walk” of Athens. The promising improvement to city life in the Greek capital aims to transform the historic center of Athens once and for all, making it a great deal more pedestrian-friendly, pleasing to the eye and better for the environment.

On Sunday June 14, work started along Panepistimiou Avenue, while the part of the ”Grand Walk” along Vasilissis Olgas Avenue was already teeming with pedestrians and cyclists. The mayor of Athens, Kostas Bakoyannis, posted the following message on his Facebook account: ”For approximately 35 years we have been discussing the transformation of Panepistimiou Avenue. It took us a generation to try, but it is high time to do it”.


The ambitious project calls for the construction of six new travel lanes, three of them dedicated to pedestrian use and the other three for bicycling. The total Great Walk project will mean the reconstruction of an area of approximately 50,000 square meters, connecting various regions of Athens.
The mayor of the Greek capital has also called for patience on the part of residents and tourists until the disruptive work is finished. The red lane, which is for pedestrian use, goes along Vasileos Konstantinou Avenue and Vasilissis Amalias Avenue, some of the most beautiful areas of Athens.

Officers from the Municipal Police have been stationed all along the various construction sites in order to keep citizens and tourists informed about the correct use of the pedestrian lanes (painted red) and biking lanes (painted in yellow).
The Municipality of Athens stated proudly in an announcement that ”One of the biggest civic interventions in the history of Athens has already taken place, providing public space to thousands of people.”

Athenians are taking their first steps along The Great #Athens Walk. Passing between the Temple of Olympian Zeus and the Zappeion gardens, the beautiful Vasilissis Olgas Street has now become a corridor for biking (yellow) and walking (terracotta). pic.twitter.com/zfWyJl53W1