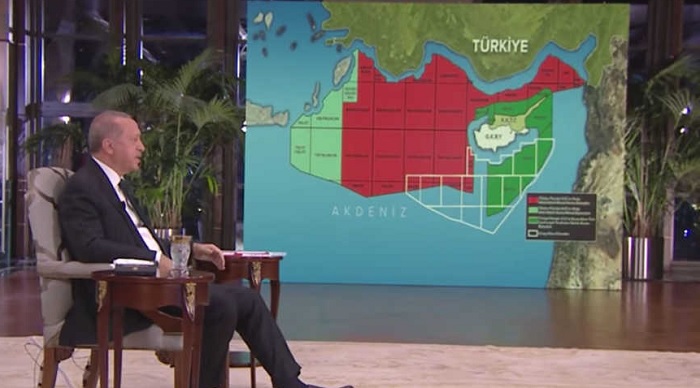 In an interview aired on a state TV tonight, #Turkey's President #Erdogan escalated war-rhetoric against #Greece and #Cyprus. pic.twitter.com/e1wtElye0K

In the same interview, the Turkish leader said that changing the status of Hagia Sophia, a former Greek Orthodox cathedral which is a now a museum and World Heritage Site, was up to Turkey and Greece had no say in the matter.
The high court of Turkey’s Council of State, will decide on July 2 whether or not the site can be turned into a mosque, Erdogan said.
“Regarding Hagia Sophia, they (Greece) say do not turn the site into a mosque. Do you govern Turkey? If such a step is to be taken, relevant authorities of the decision are obvious. The Council of State takes a decision, and necessary steps will be taken accordingly,” he stressed.

On converting Hagia Sophia into a mosque, #Turkish President Erdogan ratcheted up his rhetoric tonight as he kept bashing #Greece. pic.twitter.com/G7WvcGJFLK