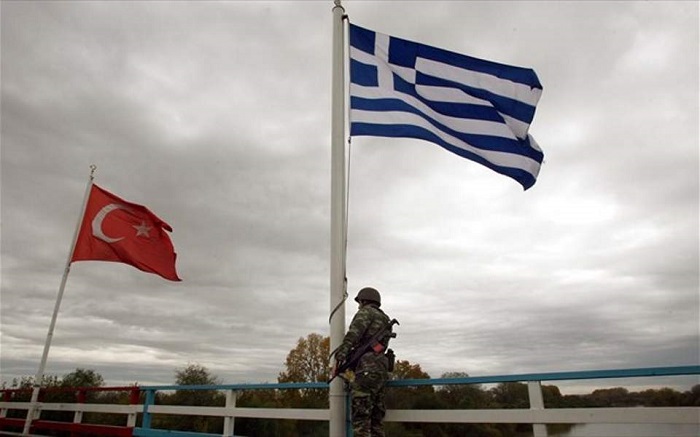 Turkey on Saturday disputed the exact boundary of the Evros River that divides the two countries and said it would not allow any “fait accompli” on its border.
“In spite of our warnings and proposals of cooperation, Greece initiated land-leveling activities on May 13, 2020, and violated our contractual land border. This violation was immediately intercepted by our relevant authorities through the necessary measures,” the Turkish Foreign Ministry said in a statement.
Ankara has informed Greece that the riverbed “has significantly changed due to natural and artificial reasons” since 1926 when the border was established and that technical coordination was needed for a solution.
The Turkish ministry added that the dispute could be resolved through talks between the two countries’ technical delegations – a proposal Ankara had offered to Athens. “We will by no means allow any fait accompli on our borders,” the ministry warned.
Athens denies breach of its sovereignty
Athens says that the boundaries have been clearly defined by the international treaties of 1923 and 1926 and their delineation cannot be disputed.
It also says that, in a provocative move, members of Turkey’s police special forces have had a presence in the area of Melissokomeio, near the southern part of the Evros River in recent weeks, blocking the work of the Hellenic Army’s geographical service in view of the expansion of a border fence.
It denies that Turkish forces have actually occupied Greek land.
Greece wants to expand the border fence in order to avoid a repeat of the scenes in March when thousands of migrants amassed at the border trying to cross into Greece.
Speaking on Sunday at Skai TV, Greek Foreign Affairs Minister Nikos Dendias explained what happened:
“Greece began preparatory works – measurements, in reality – to build an extension of the Evros border fence. Turkey demanded through a note to be informed of this fence’s construction coordinates, and Greece responded negatively, as it ought to. We told the Turks the fence is being contructed on Greek territory and therefore we have no reason to inform it of anything. ”
He added: “Turkey followed up with activity towards a point where preparatory work had been completed for the fence, and following this the (Greek) Foreign ministry sent a note to the Turkish ambassador in Athens demanding that any such activity cease.”
Dendias noted that no Greek government will allow loss of Greek territory. “No government has the constitutional right to concede even a square centimeter of territory.”