GRNews
GreekReporter.comGreeceGroundbreaking Plasma Therapy for Coronavirus Carried Out for First Time in Greece 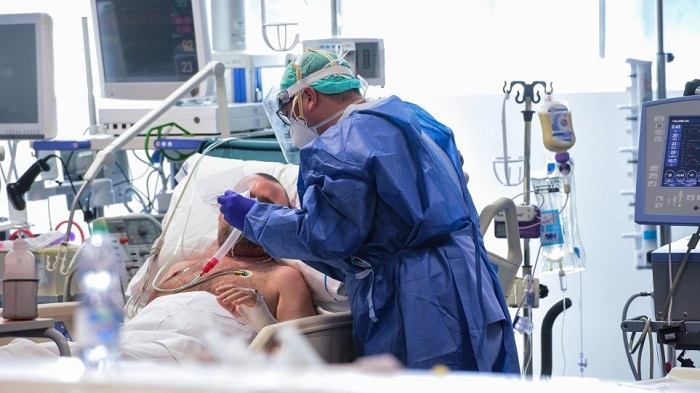 Greek doctors have carried out a new treatment called “plasma transfusion therapy” for the very first time in Greece to patient who are seriously ill with COVID-19, it was announced on Thursday.
The therapy was performed on two patients at Attikon Hospital and Evangelismos Hospital in Athens. Doctors say that they will be able to assess the results of the therapy in approximately 15 days.
The patients have been infused with blood plasma from people who have recovered from COVID-19. Plasma is the amber-colored liquid portion of the blood which remains after all red and white blood cells and platelets have been removed.
The handful of early reports in which COVID-19 patients have been treated with convalescents’ plasma have garnered a great deal of interest.
“Each has concluded that plasma therapy is safe and improves patient outcome, but there are significant limitations to each of these studies,” says Dr. Sarah L. Caddy, Clinical Research Fellow in Viral Immunology and Veterinary Surgeon at the University of Cambridge.
“To begin with, each study has only treated a maximum of ten patients. Also, there were no control patients (people who weren’t given convalescent plasma), so it’s impossible to know how the patients may have responded without treatment,” she notes, in her article for The Conversation.
But scientists warn that there are several potential risks in receiving plasma from another person.
“Mild side effects include developing a fever or allergic reactions, such as a rash and an itchy sensation. The plasma should also be compatible with the recipient’s blood group to prevent transfusion reactions,” according to Caddy.
“Much more serious is the risk of transmitting blood-borne infections. Fortunately, the risk can be minimized by screening the donor for infections,” the researcher adds.