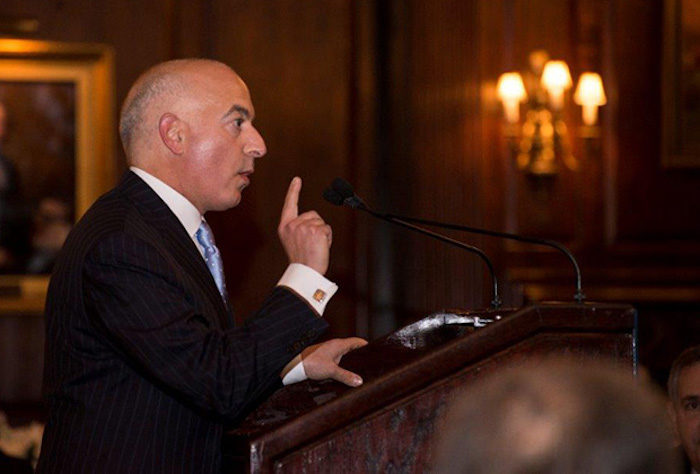 KPS Capital Partners will purchase the Lufkin rod lift unit from the Baker Hughes Company, which supplies vital infrastructure to the oil industry, for an undisclosed amount, it was announced on May 1.

Greek American Michael Psaros is the Co-Founder and Co-Managing Partner of KPS, an investment company with $5.7 billion in assets, which manages KPS Special Situation Funds.

Commenting on the purchase, Psaros said “We are excited to create an independent Lufkin. KPS will build a successful energy platform on the foundation of Lufkin’s legendary brand name, unparalleled reputation for reliability, superior technology and global footprint.

“The historic dislocation in current global and domestic energy markets has created an extraordinary investment opportunity for an investor like KPS… Lufkin will benefit from being a debt-free business with access to the very significant financial resources of KPS,” Psaros concluded.

It was earlier reported that Baker Hughes had retained advisers to sell the rod lifting unit, valued at some $200 million.

The recent, unprecedented bottoming out of oil prices globally has forced oil companies to slash budgets and spending on oilfield service providers.

The KPS purchase, expected to close in mid-2020, will result in an independent company being formed which includes Lufkin’s brand rights, facilities, intellectual property and personnel.

However, Lufkin’s power transmission business will remain part of Baker Hughes. Lufkin merged with Baker Hughes in 2017, after being acquired in 2013 by General Electric’s Oil and Gas division.

Psaros, a well-known figure in the Greek American community, is Vice-Chairman of “Friends of Saint Nicholas,” the organization coordinating fundraising and management of the $40 million Saint Nicholas Shrine in New York.

The shrine is being built on the site of the former St. Nicholas Greek Orthodox Church, which was the only religious building destroyed during the 9/11 terrorist attack. St. Nicholas was located across the street from the target of the attack, the Twin Towers of the World Trade Center.

Psaros is also an Archon of the Ecumenical Patriarch, Order of St. Andrew, and he serves on its National Council. He is a founding member of “FAITH: An Endowment for Orthodoxy and Hellenism”; he serves on the Board of Trustees of “Leadership 100 – Advancing Hellenism and Orthodoxy in America,” and the Executive Board of The Hellenic Initiative.

He previously served as the Treasurer of the Greek Orthodox Archdiocese of America and served on its Executive Committee. He is the recipient of numerous awards from national Hellenic and Orthodox organizations.

Psaros is also a member of the Board of Directors of Georgetown University in Washington, D.C.

Mani was the place where the Greek uprising against Ottoman rule actually started and not in Kalavryta on March 25th, 1821 - as is often believed.
Culture

Odyssey, Homer's classic was recently banned in Lawrence, Massachusetts for portraying ideas that do not conform to modern norms of behavior.
Greek Food