By Tasos Kokkinidis
May 7, 2020
Facebook
Twitter
WhatsApp
Linkedin
Email
Greece’s highest administrative court, the Council of State, on Thursday rejected an appeal by Hard Rock International against its exclusion from the bidding process for the Elliniko casino permit.
The decision means that the consortium of Mohegan Gaming & Entertainment and its Greek partner GEK Terna is the sole bidder for the gargantuan project near Athens.
The striking design for the building was created by Steelman Partners, an international architectural firm specializing in IRC design and development. The concept’s form draws inspiration from the architectural history of Greece, particularly from Athenian sculptures and buildings, including the Acropolis and its iconic Caryatids. 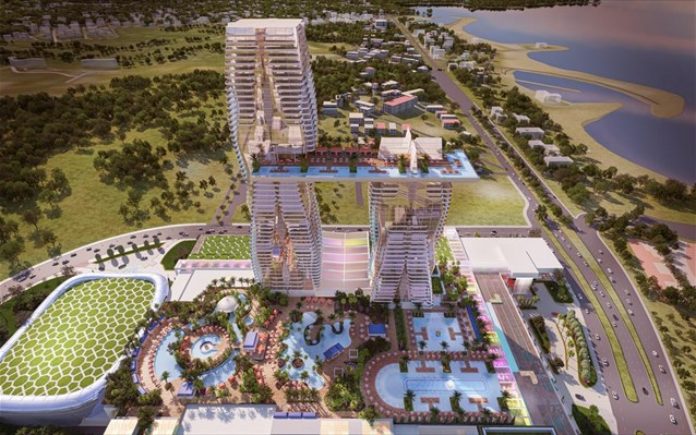 The Hellenic Gaming Commission awarded the casino operating license to Mohegan in January 2020, but the Hard Rock corporation had cited irregularities in the procedure as well as problems with the rival bid.
Thursday’s ruling ends the legal battle over the casino license and allows the Hellenic Gaming Commission (EEEP) to continue the assessment of the only remaining offer.
The winner of the bidding process will build a casino complex at least 1.2 hectares in size, with at least 120 gaming tables and 1,200 slot machines, as well as a luxury hotel, entertainment venues, a conference center and a sports center.