Greece Calls on Australia, Six Other Nations to Create Corridor for Tourism 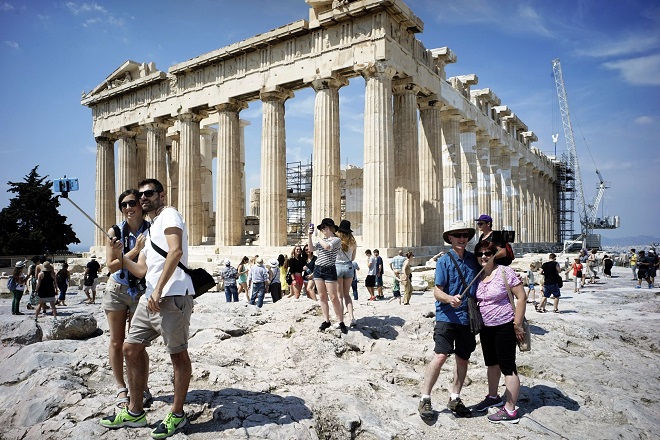 Greek PM Kyriakos Mitsotakis participated in a video conference with seven other heads of state on Thursday, during which he proposed the creation of “safe corridors” which will allow the movement of travelers after the current coronavirus restrictions are lifted.
Participants in the video call included Austrian Chancellor Sebastian Kurz, Danish PM Mette Frederiksen, Norwegian PM Erna Solberg, Israeli PM Benjamin Netanyahu, Singaporean PM Lee Hsien Loong, the Czech Republic’s PM Andrej Babis, and Australian PM Scott Morrison.
All the leaders taking part in the call were from nations which are viewed as having successfully managed the first wave of the coronavirus pandemic in their countries.
PM Mitsotakis put forward the proposal for further bilateral talks and the development of protocols that will allow vacationers to travel safely around the globe this year without putting their own or the local communities they are visiting at risk.
On Wednesday, it emerged that the Tourism Ministers of Israel, Greece and Cyprus have been discussing a proposal to create a “safe zone” for tourism between the three countries.
A spokesperson for the Greek Tourism Ministry declined to elaborate, but told Greek Reporter that “the Israeli tourist market is of great interest to us. We have been in talks with our Israeli counterparts on a number of initiatives.”