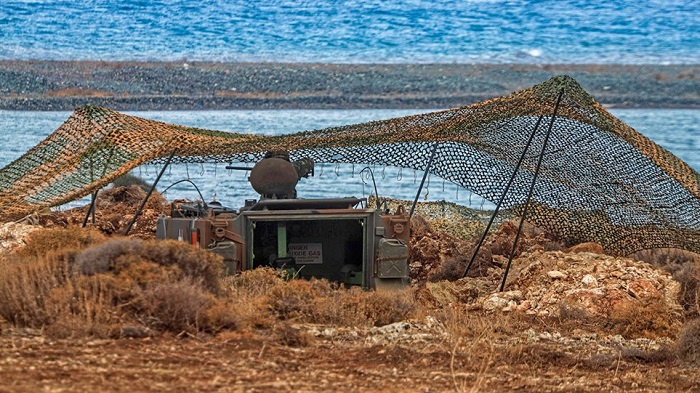 A new incident involving trigger-happy Turkish border guards at Evros was confirmed by Greek defense sources on Friday.
According to the sources, Turkish guards aboard boats sailing in the Evros River fired at least 50 times in two separate incidents on Thursday evening.
In the first incident, which took place at 10:20 p.m near the Greek village of Tychero a flare was also fired which landed on the Greek side of the border. A few hours later, a similar incident occurred in the same area. It is not clear whether it involved the same boat because in both cases the boats had no navigational lights on, as they are required to have.
Greek border guards reverted to a state of heightened alert as they were not sure what their Turkish counterparts were shooting at, or whether they were using live ammunition or blanks.
Earlier on Friday, German authorities confirmed a Der Spiegel report according to which Turkish soldiers fired at least one warning shot and then aimed at German and Greek guards patrolling the border with Greece on April 28.
The German officers were part of the European border force FRONTEX, which deployed some 100 officers, among them 20 Germans, in Greece along the Evros border in March as part of the so-called RAPID intervention requested by Athens, when Turkey was pushing thousands of migrants toward Europe.
The Turkish soldiers targeted German officials and fired at least one shot; there were no injuries, Der Spiegel reports.