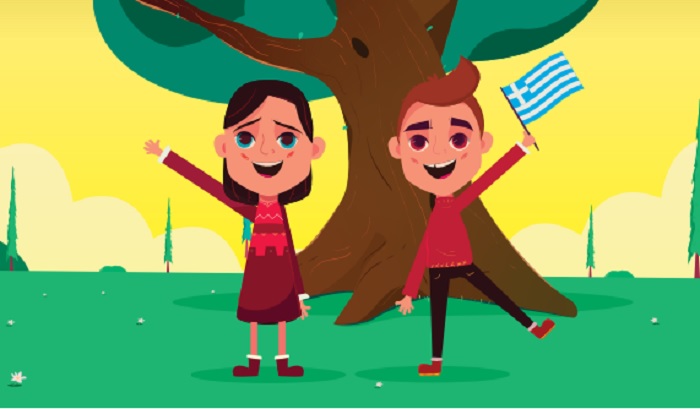 Children of the diaspora can now travel the wonderful world of Greek language, mythology and culture, all from their home computer, mobile phone, or tablet thanks to a new initiative launched on Tuesday.

This new online platform and suite of apps was developed by the SNF New Media Lab in the SNF Centre for Hellenic Studies as part of a project called “Rebooting the Greek Language,”  a two-year initiative supported by the SNF to bring new technologies and advances in pedagogy to the preservation of the Greek language in the diaspora.

Speaking about the new platform, Deputy Foreign Minister for Greeks Abroad, Costas Vlasis, stated that the “initiative uses technology to increase student engagement, especially at younger ages, while at the same time providing an attractive vehicle for approaching the Greek language, through a fully personalized learning experience.” 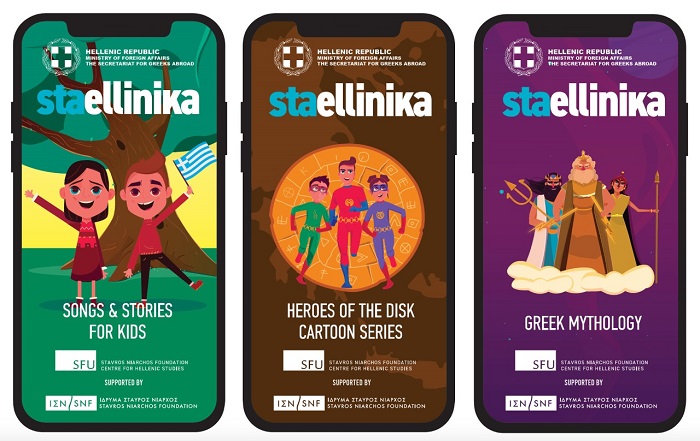 The new release, a beta version, is provided free of charge to families and children of the diaspora in response to the current global pandemic and aims to support educational initiatives in this time of physical distancing.

Work on the platform continues and the fully complete version will be released in September of 2020.

StaEllinika is a collaboration between an interdisciplinary team of developers, animators, and educators coordinated by the SNF Centre for Hellenic Studies and officials of the GGAE of the Ministry of Foreign Affairs, headed by the General Secretary Ioannis Chrysoulakis.

Two years of research and creative work has gone into this SNF-funded project, which employed a team of talented young Greeks, who for the most part telecommuted to their shared digital “workplace” without having to leave their homes.

As a next step, the Ministry of Foreign Affairs has expressed an interest in customizing and adapting the platform for Spanish, German, and French speakers, while the team at SFU is planning additional applications which will pivot from language to the realms of Greek history and culture.

Further steps also include Android versions, which are planned for release in 2021. A team of educators, linguists and teachers have come together on this project to ensure the suitability and effectiveness of the learning material, while artists have made the material visually engaging.

Reflecting on the release of this new learning platform, the Director of the SNF Center for Hellenic Studies, Dr. Dimitris Krallis, noted:

“Two years of intensive work by a truly talented and motivated team will soon find their natural audience, the youth of the diaspora. It has been an honor to collaborate by way of a completely distributed work environment – adapted in advance to the new emergency conditions we experience at the moment – with talented Greeks from all around Greece and across the world.

“In a way, a dispersed – you could say diasporic – team came together and put its heart, mind, and soul in a project that seeks to bring together communities in the diaspora through the Greek language.”