Hope Amidst the Storm 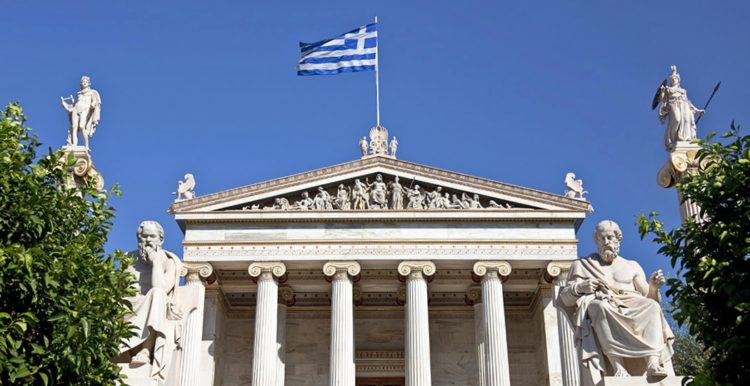 In November 2008, a financial crisis that began with mortgage defaults in America would quickly ravage Greece. President Obama’s Chief of Staff, Rahm Emanuel’s, now famous aphorism, “You never want a serious crisis to go to waste”, would forever alter the trajectory of global interdependency.
Greece would endure a catastrophic social collapse that marooned millions on an island of such profound despair (have we really forgotten?) that it utterly laid to waste the social contract between citizen and state. It was a decade of hubris and humiliation that cost human lives and livelihoods.
Where government oversight was characterized by a finance auteur whose game theory failed to convince Brussels for clemency, and a prime minister promising everything to everyone, who ultimately delivered far less than expected. The ravages of the financial crisis would cement an already legendary contempt among Greeks toward rules-based governance, destroying what little trust remained in civic society.
What a difference a decade makes.
History has jumped. Accelerating at warp speed to create a world where we are living decades of change packed into weeks. Pandemics can do that. We are living through the first phase of public health policy decisions that either save lives or cost them.  So far, the administration of Greece’s COVID-19 response under Prime Minister Kyriakos Mitsotakis has been a masterful example of how to manage a catastrophic public health crisis with science, empathy, and political professionalism.
PM Mitsotakis has proven himself to be quite the political ombudsman, a realist who is also imaginative, demonstrating strategic and synthesized policy measures that are thoughtfully steering Greece through the unchartered seas of this pandemic.
When our era’s Thucydides writes the histories of COVID-19 it will show that Mitsotakis’ early intervention, locking down Greece on March 22, when reported cases had reached 624 and 15 deaths, saved countless lives and something equally as important: public trust in government. Granting Greeks a much-needed infusion of civic pride, a ‘we’re in this together’ collectivism. Greeks are going to need that moving through this pandemic. We all are.
In the span of weeks, Greece has been transformed into a model of public efficiency and crisis management. The public intellectual Yuval Noah Harari has said, “If I had to choose, say between Greece and the United States, who should be leading the world now, giving us a plan of action, I would definitely choose Greece.”
Inc Magazine called the GreeceFromHome campaign a “brilliant” initiative by the Greek National Tourism Organization to harness digital content to keep Greece’s tourist dreams alive.  Because, yes, summer 2020 will be devastating in social and economic terms.  Earlier this week, Science Magazine published an article by Harvard Chan School of Public Health epidemiologists urging the world to recognize the very real need for social distancing through 2022, and warning a “resurgence in contagion could be possible as late as 2024.”
This signals economic calamity for the global economy but for Greece, where the unemployment rate has finally fallen to 16%, this means unemployment will skyrocket back up to 22%. All the painstaking economic gains of the last few years – from Greece’s improved stock market performance and bond ratings, to historic levels of tourist revenue – will be erased, while the stratospheric Debt-to-GDP ratio of 181% will further explode. For comparison, the United States Debt-to-GDP is on track to reach 110% by 2023.
Unlike Washington, Greece is being widely celebrated for its professionalism, transparency, creativity, and earned trust during the pandemic. Sotirios Tsiodras, the soft-spoken infectious-diseases expert advising the government’s response is today’s most popular Greek, with 94% of Greeks having a positive impression of him. Greeks don’t agree on anything, let alone 94% of them, but they tune in nightly for Dr. Tsiodras “must-see-TV” briefings.
Because science matters. Empathy matters. Government matters.  It is precisely such moments in human history where government’s role becomes vital in solving the scale of the problem.  To be sure, public-private partnerships will remain vital suppliers of medicine and food as we move forward in this pandemic. But for the past 40 years, the world has placed entirely too much faith on the market’s invisible hand, tipping the scales in favor of a few over the fortunes of the many.
Our liberal markets aren’t equalizing access, and capitalism in its current manifestation is deeply flawed. We can no longer just look away, or claim we didn’t know. Fundamentally, the 2008 Great Recession didn’t really change the fundamentals. But COVID-19 has changed everything.
The world now faces a profound failure of imagination. Twentieth century paradigms won’t answer our twenty-first century challenges.  Citizen Greeks have risen from a decade-long decline to forge ahead independent of stress-tested public health policies that have failed across Europe.
Mitsotakis connected all the dots his experts collected, and quickly. He did the right thing, the right way, because he did the hard thing, the hard way. He knows what the last decade’s brain drain, and empty state coffers did to the public healthcare system. Had Greece’s case numbers reached those of Italy or Spain, the country would be dealing with a vastly different reality.
So, we might have celebrated this Orthodox Easter Sunday under lockdown, cracking blood red eggs without fanfare or festivities, but let’s all channel Europe’s best national strategy at flattening the curve. So that next Easter, we can celebrate together, resurrecting the same spirit that compelled Churchill to proclaim, Greeks fight like heroes, and heroes fight like Greeks.
That’s something to hope for while home for this holiday.