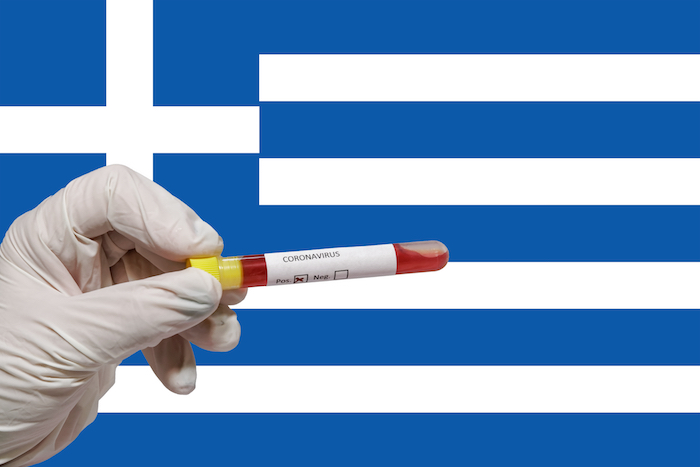 Over 200 policymakers in the US Congress, the White House, State Department and other thought leaders and officials in Washington, DC were briefed about Greece’s impressive, world-leading response to the COVID-19 pandemic, according to Manatos & Manatos, a lobbying firm in DC.

“Once again, in times of tremendous difficulty and challenge, little Greece has become a role model for the rest of the world. This speaks to the legacy Greece has shaped over centuries – a legacy of courage, creativity and perseverance,” said Andy Manatos and Mike Manatos, the two Greek-American executives of the lobbying firm who spoke to the officials.

Furthermore, US Ambassador to Greece Geoffey Pyatt in a message to the American Hellenic Chamber of Commerce also praised the Greek government and Prime Minister Kyriakos Mitsotakis for realizing the gravity of the situation and their realistic approach in containing the virus.

Pyatt also highlighted the compliance of the Greek people with the incredibly strict measures imposed on them nationwide. Watch the ambassador’s full message below:

Praise in the Press
Indeed, major newspapers and news websites have praised Greece for the way it is dealing  with the deadly virus and the low figures of cases and deaths recorded. It is especially impressive because the country is now only now emerging from a crippling 10-year-long economic crisis that caused the slashing of healthcare resources by 75 percent.

On April 10 Bloomberg ran an op-ed with the title “Greece Shows How to Handle the Crisis”. The article notes the immediate and bold response of the Greek government to the coronavirus threat, saying “Athens closed down all non-essential shops only four days after reporting its first Covid-19 death. In contrast, Italy and Spain did so after 18 and 30 days, respectively. A ban on non-essential movement in Greece came only a week afterward — faster than in either of the other two countries.”

Compared to the two other Mediterranean countries, Greece’s starkly different figures from the coronavirus pandemic are staggering: Greece currently counts 2,011 cases and 91 deaths, while Italy has reported 147,577 cases and 18,849 deaths.

Spain currently has 158,273 coronavirus cases and has suffered 16,081 deaths, according to figures from Johns Hopkins University on Saturday morning.

One would argue that Greece’s population is 10.74 million while Spain’s is 46.75 million and Italy’s population is 60.3 million, but proportionately Greece’s figures are massively lower than those in the other countries.

Compared to countries with populations similar to Greece, the difference still remains striking. The Netherlands, with a population of 17.1 million, reports 23,249 cases and 2,511 deaths; Belgium with 11.4 million, currently has 26,667 cases and 3,019 deaths.

“In Greece, which has so far been spared a major outbreak, everyone tunes in when Prof. Sotirios Tsiodras, a slender-framed, gray-haired man, addresses the nation every day at 6 p.m. His delivery is flat, and he relies heavily on his notes as he updates the country on the latest figures of those confirmed sick, hospitalized or deceased…

“The head of the Greek government’s medical response to the coronavirus and a churchgoing father of seven with a long career studying infectious diseases at Harvard, MIT and elsewhere, Professor Tsiodras is not one for embellishment.”