At Least 120 Coronavirus Cases Recorded in Quarantined Ship Off Athens 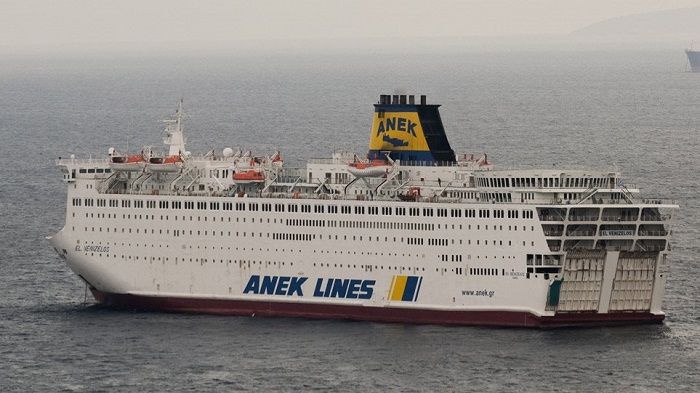 Greek health authorities said on Thursday that at least 120 people, both crew members and passengers, on a on a ship docked off the port of Piraeus south of Athens are infected with the coronavirus.
Two crew members of the vessel Eleftherios Venizelos vessel, an Indonesian and a Swiss national, have already been transferred to hospitals for treatment.
Doctors at Greece’s public health agency conducted tests on all 383 crew members and passengers.
According to Skai.gr, those who have been infected with the virus will remain on the ship until a plan for their treatment is found and the rest will be transferred to secure accommodations for a 14-day quarantine.
There are individuals of many different nationalities on board the ship, including Greeks, but to date their exact numbers have not been made public.
The vessel had been leased by a Turkish operator to transport hundreds of technicians and manual laborers who boarded in Turkey after they had been hired to work at a shipyard in the Spanish city of Cadiz.
The Eleftherios Venizelos was refused permission to dock in Spain following the new transportation restrictions imposed against the spread of COVID-19. The ship subsequently returned to Turkey — where it was also banned from docking — and eventually sailed to its home port of Piraeus.