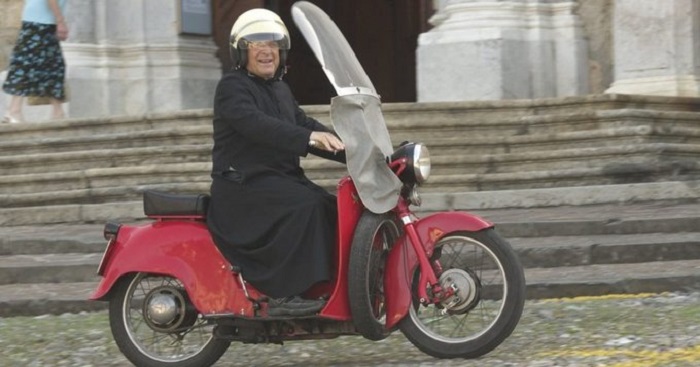 Italian priest Don Giuseppe Berardelli, who had been infected with COVID-19, chose to put others’ lives before his own by selflessly giving up his own ventilator to save the life of a younger person.

The 72-year-old, who made that ultimate sacrifice on March 15, succumbed just several days later died from the infection.

Giuseppe Berardelli, who had been a priest for 47 years, was serving as the Archpriest of Casnigo in the Diocese of Bergamo in northern Italy, one of the areas hardest hit by the coronavirus pandemic.

Berardelli had been suffering from a respiratory condition for some time, so his parish had previously purchased the breathing apparatus to help him cope with it.

News of his sacrifice has now gone viral on Twitter.

This priest, Suffering from the coronavirus, gave up his ventilator to give to a younger patient and has died. His name was Don Giuseppe Berardelli. He was 72 years old, from Bergamo. pic.twitter.com/3N1ONtxFjO

According to Vatican News, Berardelli greeted everyone with the phrase: “Pace e bene.”

“He was a priest who listened to everyone, he knew how to listen, whoever turned to him knew that he could count on his help,” said Clara Poli, the mayor of Fiorano, where Berardelli had been a parish priest, in an interview with Araberara, according to a translation.

Berardelli was an enthusiastic and energetic priest, often spotted tooling around town on his red Guzzi motorcycle.

“He loved his motorbike, and when you saw him go by he was always cheerful,” Poli related to Araberara.

Greece has now surpassed 850,000 Coronavirus vaccinations, while another 50 vaccination centers will be added to the current 750.
Education

Police have made over 30 arrests in Thessaloniki after they clashed with protesters who were demonstrating against a new education bill.
Cyprus