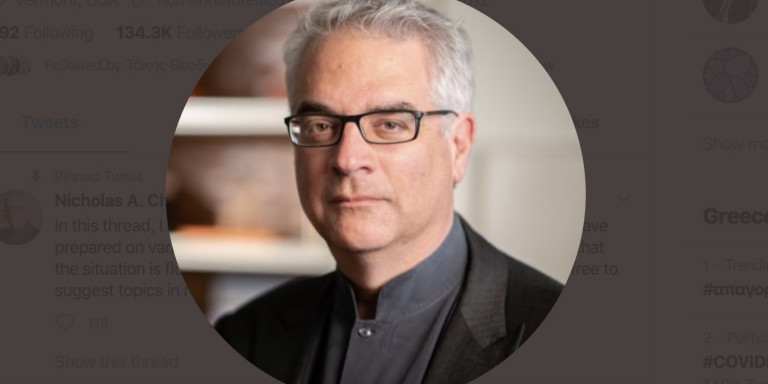 Nicholas A. Christakis, a Greek professor at Yale University, called on Greeks in a post on Twitter to honor the new lockdown announced by Greek Prime Minister Kyriakos Mitsotakis on Sunday, and self-isolate as directed.

“A note to my fellow Greeks,” Christakis wrote, lauding Mitsotakis for closing schools and imposing additional restrictions on movement. “You should not gather outside. This is not a holiday. Stay home!” he urged, adding that people should only go out once a week for essentials and “not touch friends.”