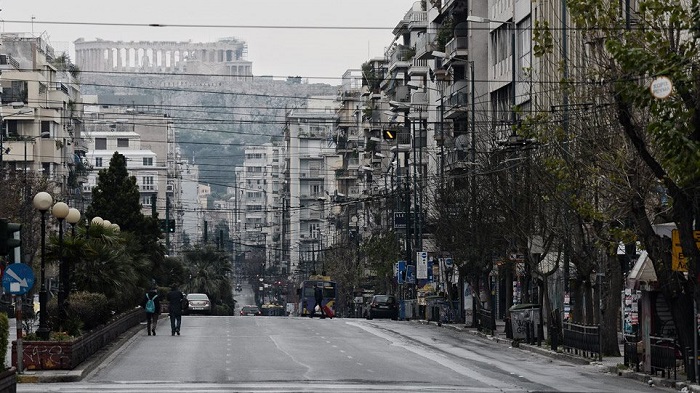 Greek PM Kyriakos Mitsotakis announced a nationwide lockdown starting Monday 06:00 a.m.
“It must be done in time before it is too late,” Mitsotakis announced on Greek television on Sunday and added: “In the name of the common good, I proceed with this decision. I have informed the President of the Republic and the leaders of political parties of my decision,” he said.
Mitsotakis thanked the overwhelming majority of people who understood the threat posed by the virus and stayed home.
“I will not, however, allow some frivolous, flippant people undermine the security of the many. Because those few can harm thousands,” the Greek prime minister said.
Violators of the total lockdown will be fined with 150 euros, Mitsotakis said.


All citizens are ordered to stay at home. Exceptions are allowed for those needing to go to work and short trips to supermarkets, doctors, relatives in need, exercise (single or in pairs) or to walk their pet.
Specifically, Greek citizens must fill out and sign certain forms that will explain the reason they are outdoors. The Ministry of the Interior is providing online all forms needed at forma.gov.gr and by text at 13033.
Specifically, all people who are outside must have their ID/passport on them. They must have filled-out and signed forms of their place of residence and work.
People who commute to and from work must have a verification paper from their employer. If they are freelancers, the must have a sworn statement signed by them and explain to their authorities where they are going.
A similar statement must be on hand if they visit a relative who is in need of help. The same applies for visits to the super market, mini market, bakery and pharmacy.
If one needs to exercise outdoors, he must do so near his place of residence. No more than two people can exercise or jog together. The same applies to walking a pet. Again, ID and a signed form are needed.
People returning to their permanent place of residence are exempt from the measure as they travel.
The move comes as health authorities earlier announced that two more people died on Sunday bringing the total number of fatalities to 15. Confirmed cases have jumped to 624.
It is a response to many Greeks defying calls to stay at home. Instead, over the last few days, thousands left Athens and other major cities for the countryside and the islands raising fears that they could spread the virus all over the country.