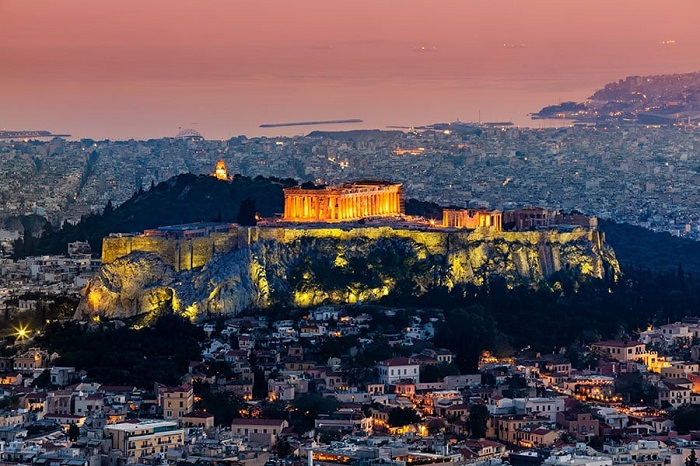 A significant drop in air pollution readings has been observed in Athens since the government took strict precautionary measures to counter the spread of thecoronavirus, scientists said on Friday.
According to data from the Climate Change and Atmospheric Quality Directorate, the values of the concentrations of pollutants have decreased since last Wednesday and have been significantly affected, especially in the last three days of March 16, 17 and 18, when the amounts changed greatly.
Based on a comparison of the average daily concentration values per day for the period March 11, when schools were closed, until March 18, 2020, with the corresponding period of 2019, there was an overall decrease of 11.4 percent in nitrogen dioxide pollutants.
For particulate matter pollution, the reduction was 6.1 percent.
Specifically, for the three-day period from March 16-18, when the government’s precautionary measures were intensified, nitrogen dioxide pollutants decreased by 48.5 percent compared to the same period last year, while particulate matter emissions decreased by 48 percent for the same period.
As Konstantinos Arabos, Secretary-General for the Environment and Water, told the Athens-Macedonian News Agency, “we are at war and the government is handling it in the best possible way. The time span, especially in the last three days, is clearly a significant influence on the concentration of pollutants.”
According to Arabos, “the restrictions on movement have had a significant effect on (pollution) rates;” however, as he pointed out, “in order to have dependable results we need to monitor them over a longer period of time.”
Source: AMNA