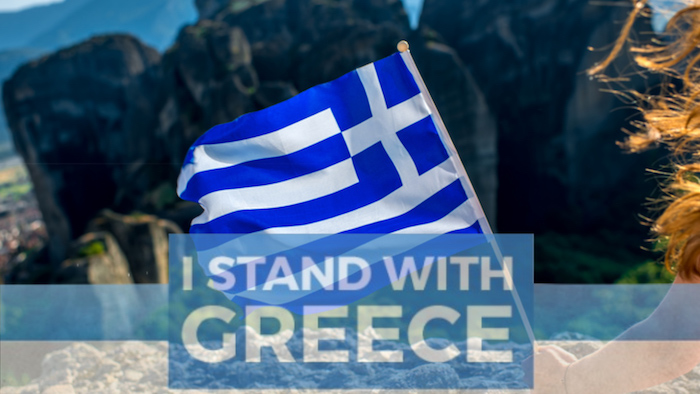 The Greek diaspora throughout the world has united as one to defend the territorial integrity of Greece and counter Turkish propaganda, as thousands of migrants sent by Turkey attempt to storm the country’s borders at Evros.
Hellenic groups in the US, Australia and Germany have have shown phenomenal collective will to alert policy-makers and public opinion in the countries where they live on the threat Greece is facing from the destabilizing efforts of Erdogan.
The Turkish leader is using impoverished humans as weapons to blackmail Greece and Europe and has embarked on a disinformation campaign to encourage these desperate groups of people to mass at the Greek borders.
Thousands of Greeks throughout the world have updated their profile picture with this frame from Hellenic American Leadership Council (HALC). 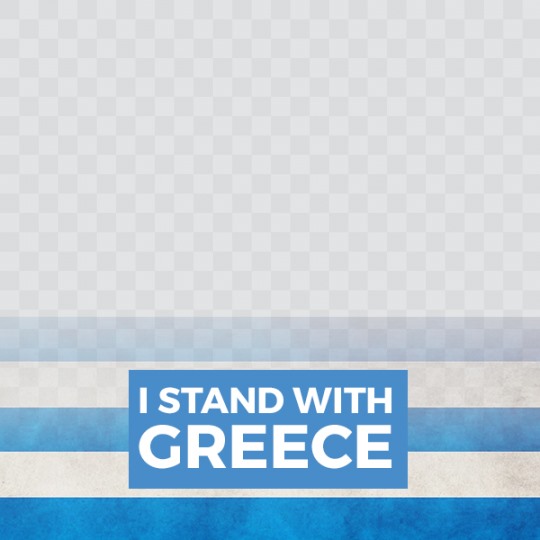 Greek Americans heeded a call by HALC to bombard Secretary of State Mike Pompeo and call on Washington to issue a forceful rebuke against Turkey’s destabilizing behavior.
The letter, sent electronically by at least 4,000 Greek Americans from 48 out of 50 states, declares that Turkey has launched an act of war. “Erdogan is weaponizing migrants who are not even from Syria in order to blackmail Europe. These are not the actions of an ally, a humanitarian, or a responsible global actor. These are the actions of a human trafficker or a terrorist,” it adds.
The statement concludes “For that reason, I request that the State Department speak clearly and unequivocally to Turkey – asymmetric warfare, weaponization of migrants, and hostage politics must be condemned by the United States.”
The American Hellenic Institute (AHI) notes that “illegal immigration via Turkey compromises Greece’s security, stability, and economic development,” and calls on the US “to address Turkey as the root cause of the region’s current instability and increased tension.”
In a statement sent to Department of State officials, AHI “urges the Trump administration emphatically to express to Turkey that it must comply with its treaty obligations, and through diplomatic means, call on the United Nations and Europe to take more active roles in support of Greece to address the recent surge in migrant flows caused by Turkey and that threatens the sovereignty of Greece and all of Europe, as well as international laws and treaties.”
In a statement, the Greek American philanthropic association AHEPA said that “it is unacceptable for Turkey, whenever it is in a bind, repeatedly to use Syrian refugees as political pawns to pressure and threaten Europe and NATO members for their support — in this case because of Turkey’s illegal and misguided policy in Syria.”
Released by AHEPA Supreme President George G. Horiates, the statement condemns “the provocative rhetoric of Turkish President Recep Tayyip Erdogan, who has threatened the release of “millions” of people going to the border and the dissemination of Turkish propaganda that has escalated tensions with seemingly no rebuke.”
AHEPA calls “for the European Union to impose sanctions on Turkey and to scrutinize its relationship with it. The West cannot continue to turn its blind eye to Turkey.”
Greek American Congressman Gus Bilirakis has also joined the chorus of support for the Greek cause.
“Turkey’s actions to open its borders and allow the unmitigated flow of refugees to Greece in disproportionate numbers is creating an untenable situation and must be immediately stopped,” he says.
“Greeks, known for their philoxenia, have shown incredible compassion and humanity for refugees throughout history and more recently with those fleeing war and tyranny. However, when Greece’s very own security is threatened, it has no choice but to say enough is enough!
“The EU must provide immediate border security to stop the influx of refugees and an infrastructure to immediately process refugees currently languishing in camps within Greece. For the stability of the region and with respect to fundamental principles of fairness, these refugees must be fairly managed. I know the Trump Administration will stand with Greece and help restore order to ensure Greece’s sovereignty,” Rep. Bilirakis stated.
In Australia, President of the Greek Community of Melbourne Bill Papastergiadis told Greek Reporter that the message of support for the Greek cause sounded loud and clear during the annual Antipodes festival which took place over the weekend.
“Thousands of Greek Australians and Australians, including the Prime Minister of Victoria, listened to a local group from the island of Chios which took center stage and appealed to the world to help Greece at this difficult juncture,” Papastergiadis stated.
He added that the Greek Community of Melbourne will discuss the migrant crisis during their next meeting, saying “We will discuss how to launch a campaign to inform and educate the Australian public and the policy-makers on the situation in Greece.”
The Federation of the Greek Communities of Germany has called on Berlin and other European Union countries “to not let Greece alone,” in a statement released on March 3.
It says that Europe should not give in to the “Trojan Horse” of the migrant wave Turkey sent to its borders and its blackmail of Greece and the EU.
The statement adds that the migrant issue should be solved on a European basis and calls on all countries to help in the de-congestion of the Aegean islands by accepting migrants and refugees who are currently trapped there.