GRNews
GreekReporter.comGreeceGreece Runs Out of Philotimo as Thousands Threaten to Overrun Borders

Greece Runs Out of Philotimo as Thousands Threaten to Overrun Borders

By Philip Chrysopoulos
March 3, 2020
Facebook
Twitter
WhatsApp
Linkedin
Email
Along with the eerie footage of thousands of angry men trying to tear down the wire fence separating the West from Turkey amidst tear gas and hateful shouting, there are other pictures — of children weeping in despair, clinging to their desperate-looking mothers along the Evros border.
Then there is the footage of angry Lesvos residents who attempt to block a dinghy carrying migrants to land on their island. Then you think: “Aren’t these the same people who embraced the refugees and invited them to their table only three or four years ago?
Yes, indeed they are. But they also have been carrying the intolerable burden of dealing with dozens thousands of refugees and migrants for three or four years. And after all these years and the endless promises of decongestion, their patience is simply gone.
And so is their unique Greek quality of philotimo. 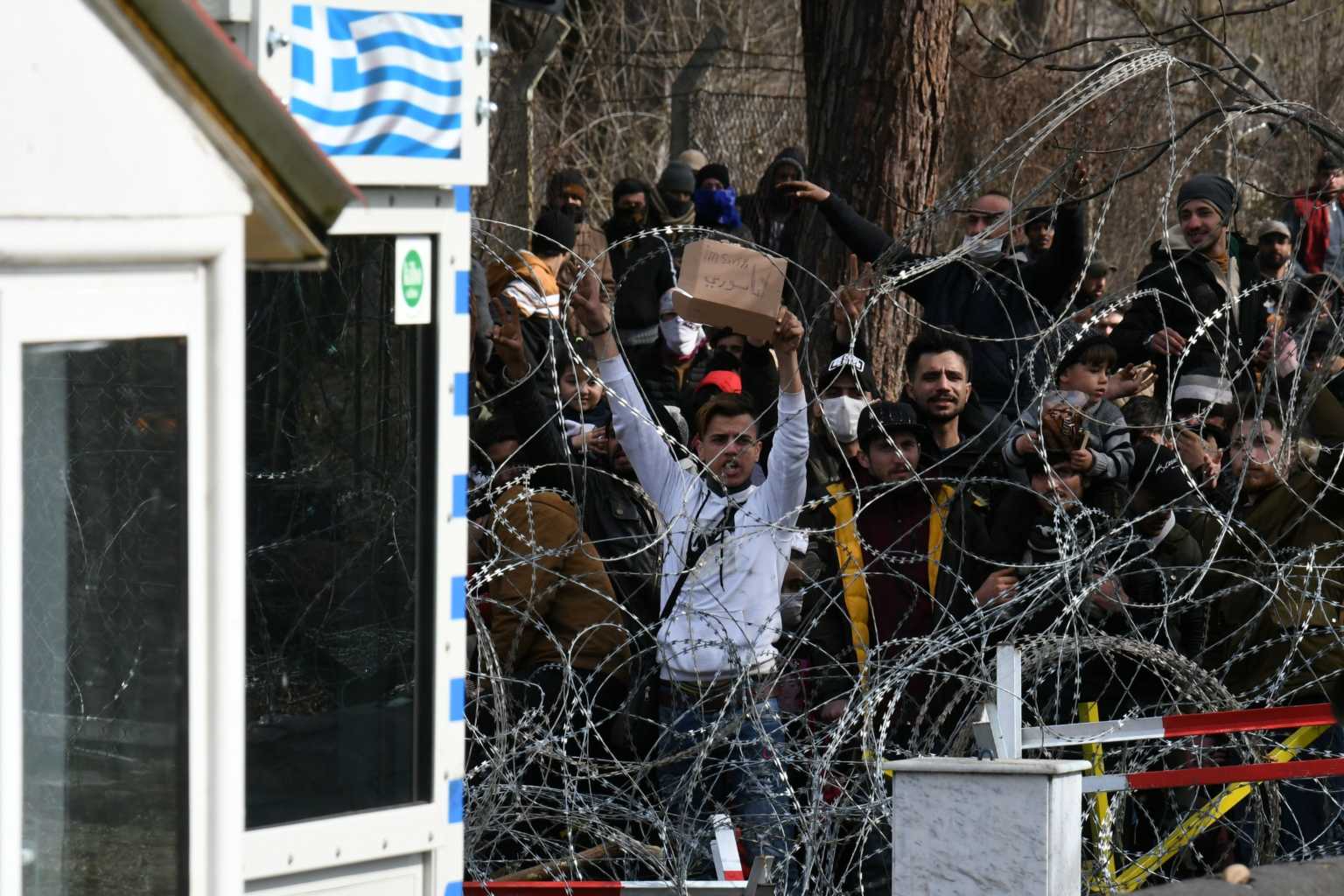 Everyone remembers the generous baker on Lesvos who gave away literally thousands of loaves of bread to the hungry refugees of several years ago. Or the old women of the island whose photographs of feeding a newborn African baby went viral. Or the brave fishermen who saved so many souls from the waves of the Aegean.
Everyone remembers the people rushing to offer their help, sending food, bedding and clothing to the asylum seekers. The many volunteers who stood there as protectors of the desperate refugees.
Greeks are easy-going, friendly, hospitable people. Yet after years of being continually flooded with migrants, most islanders have realized that the downtrodden war refugees are becoming fewer and fewer.
The desperate families with the crying children have for the most part been replaced by young, hostile men from places where, yes, there is economic hardship, but no war.
Young men from Afghanistan, Pakistan, Bangladesh, Somalia, Nigeria, Congo, Morocco, and Algeria are now demanding to cross into Europe via Greece. Some of them are violently clashing with police, burning their own tents, killing each other, injuring Greek police officers, looting, and vandalizing churches and cemeteries.
Yet many islanders still continued to show their solidarity with this new flood of people. Some even sided with them in their fair protests against the squalid state of the overcrowded migrant camps and their demands for better living conditions.
Until most of the islanders finally said that enough is enough. They have turned the other cheek too many times.
The islanders have seen a literal invasion, as many say that behind every crying child and desperate mother there are many aggressive young men who seem determined to do as they please with no respect for the law, much less for the Greek people who — until now — held their arms open for them. 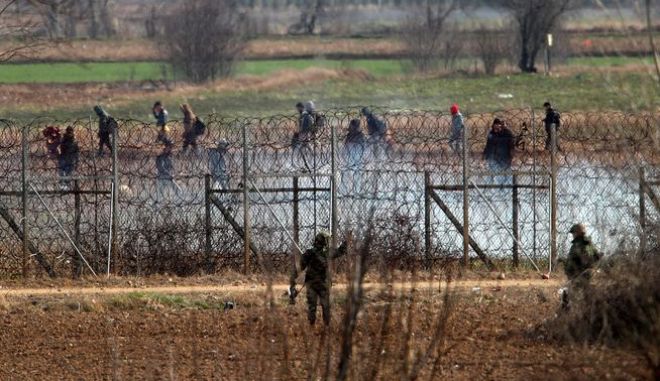 And most are not refugees. Let’s not forget that once a person is granted asylum in a safe country — Turkey in this instance — they have no right to even apply for asylum in another country. Therefore, those coming from Turkey and seeking asylum in Greece simply do not qualify in most cases.
In other words, the people flocking to Greece are economic migrants, disguised as refugees.
They are being used as pawns by Recep Tayyip Erdogan to hurt Greece and lead it to a point of military confrontation with Turkey. And, according to some analysts, to establish pockets of Islamists in Thrace and other parts of northern Greece which could possibly help his country in a potential war with Greece. 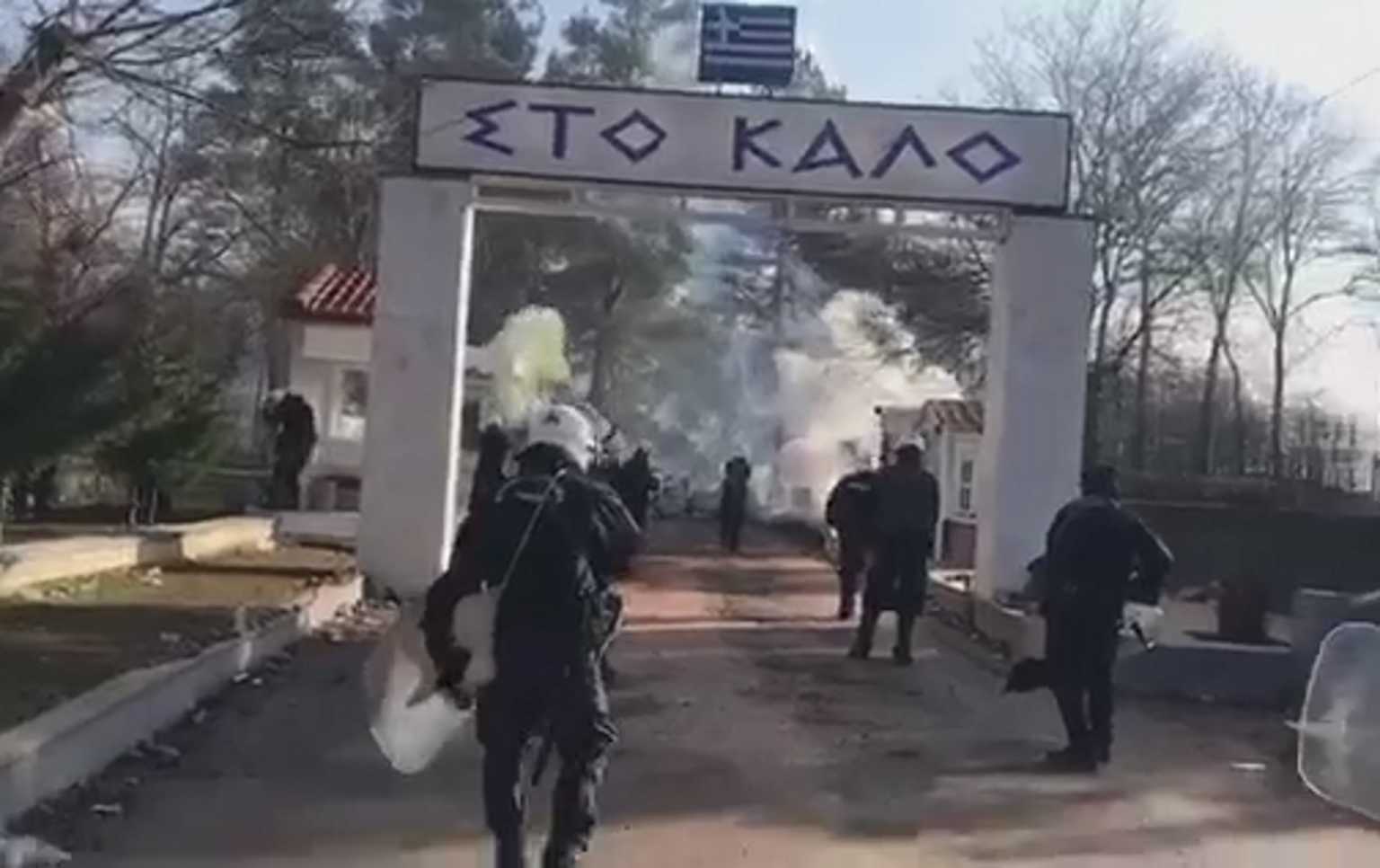 Now, the words of warning which had come from several incisive thinkers ring as true as ever: that Erdogan would eventually open the gates for his evil purposes.
We all knew it was coming: Greece, Europe, Russia, the United States knew it. Erdogan has been threatening to do it since 2016, after the failed coup attempt left him all-powerful and full of vengeance. At the very least a dictator, and a Sultan wannabe.
An Islamist fundamentalist who wants to revive the Ottoman Empire.
Now Greece has approximately 120,000 people massed at its borders and determined to cross them, after Turkey promised them that by entering Greece they can move to any country they would like to in Europe.
In fact, Turkish authorities literally pushed them to the Evros border, escorted by Turkish police, and over the sea routes in the North Aegean, escorted by the Turkish Coast Guard. They told them that Greece has opened its borders to Europe. Hundreds arrived on Lesvos within 48 hours, generating more congestion to the overburdened island.
The Greek psyche is now crushed by the sheer magnitude of the situation, the imminent threat. The islanders who gave their all, now realize that their efforts were in vain. Worse, they realize that their way of life and their beautiful islands are in grave danger of being taken away from them.
Consequently, their philotimo has turned into an unbearable bitterness. And righteous anger. They are angry at Turkey, at their own government, the European Union, the NGOs, and, of course, the migrants themselves.
They are perhaps even angry at themselves, once fooled by a string of politicians and their empty promises that this was just a short-term situation which would soon come to an end.