GRNews
GreekReporter.comGreeceJoy in The Time of Coronavirus: Greece Divided Over Carnival Ban

Joy in The Time of Coronavirus: Greece Divided Over Carnival Ban 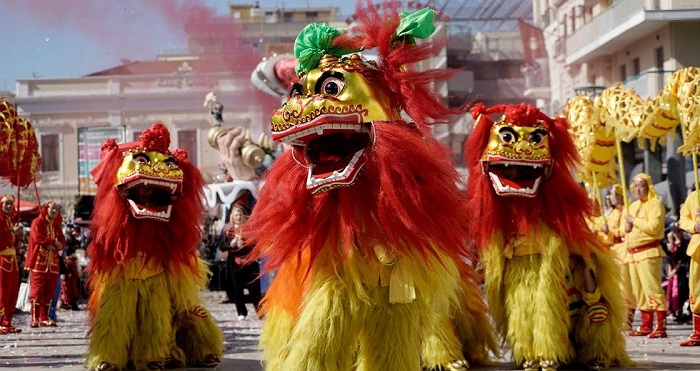 2020 will certainly be a year to remember Greece’s Carnival festivities, and the reason is that, for the first time in many decades, the country will not hold any Carnival festivities whatsoever.
Well, at least, not any officially organized festivities.
Thursday’s decision by the Greek government to ban all Carnival events in Greece in an attempt to help limit the spread of the Coronavirus was an unprecedented measure, which has not been seen in the country at least since World War II.
The last time Patras did not hold Carnival celebrations was in 1964, due to the death of King Paul.
Following Athens’ further clarification that those who intend to disobey the ruling will face imprisonment of up to two years, one local authority after the other has declared that they will indeed be canceling all official events related to this year’s Carnival season.
However, this decision has sparked a widespread reaction, primarily from business owners who have been anticipating the much-needed revenue typically earned this weekend for months, as Carnival weekend is among Greece’s most festive times of the year.
For this reason, events organized by business owners, cafes, restaurants and clubs are believed to be going ahead as normal, with the understanding that all attendees accept full responsibility for their health as a result of their participation in the events.
In Naoussa, for example, community members who dress up as the traditional figures of the Genitsari and Boules will be signing a personal statement claiming full personal responsibility for participating in the event.
The Municipality of the city has officially declared that it will not assist in the presentation of the annual festivities.
This situation mirrors that in many other parts of Greece, primarily in the countryside, where local businesses and Carnival groups have declared their intention to go ahead with their parties and parades despite the nationwide ban.
Hundreds of people in Xanthi, Northern Greece, danced and enjoyed the street parties on Friday night, despite the ban.


It remains to be seen whether this move of individuals to go ahead with their celebrations will prove a foolish and dangerous mistake — or a joyous, laid-back Greek response to the generalized, and perhaps unwarranted, panic seen during this period.