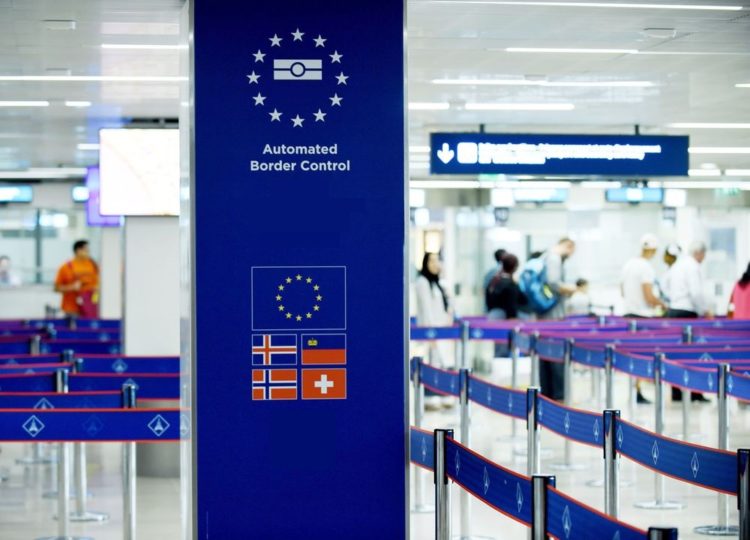 Greek Prime Minister Kyriakos Mitsotakis announced on Thursday that Greece will use the European Union’s Regulation 2016/399 and tighten up border controls in order to curb the spread of the Covid-19 Coronavirus.
“From today, therefore, our country cites Regulation 2016/399 of the European Commission on border controls under Schengen rules and particularly paragraph 6, on controls to prevent a threat to public health,” Mitsotakis stated.
In practice, he explained, this means upgrading controls at the Greek border to the highest level for the greatest possible control over the virus’ spread.

“For this purpose, I have already given instructions to the Shipping Minister and the chief of the Coast Guard to significantly increase the number of boats and patrols around the islands of the Eastern Aegean,” Mitsotakis announced.
He then added that Greece will increase border controls both at sea and on land, in accordance with international law.
“I have already informed the European Commission of this decision, and it must see this as a measure to protect health throughout Europe,” Mitsotakis said, referring to the fact that Greece’s borders with Turkey, North Macedonia and Albania are also the external borders of the EU.
”The same will be done towards Turkey,” Mitsotakis declared, in the light of Greece’s main concern being its border with Turkey, due to the continuous influx of migrants coming out of that country.
It is noted that Greece announced a series of extraordinary and unprecedented measures on Thursday, including the suspension of all Carnival festivities in the country on the upcoming weekend and Clean Monday, the beginning of Lent.
International Campaign To Warn Migrants
Prime Minister Mitsotakis also announced that Greece is launching an international campaign to inform individuals of all nationalities who continue to come to Greece as migrants that the present situation cannot go on.
The Greek Premier linked the migrant arrivals in Greece with the Covid-19 virus since many of these individuals are coming from countries which have already recorded Coronavirus cases.
”An international campaign is beginning, in the languages of the nationalities that come to Greece, with the warning that the country can no longer accept more illegal entries. These announcements will be made on the internet and in the countries of origin of migrant flows,” Mitsotakis told his Ministers at today’s meeting.