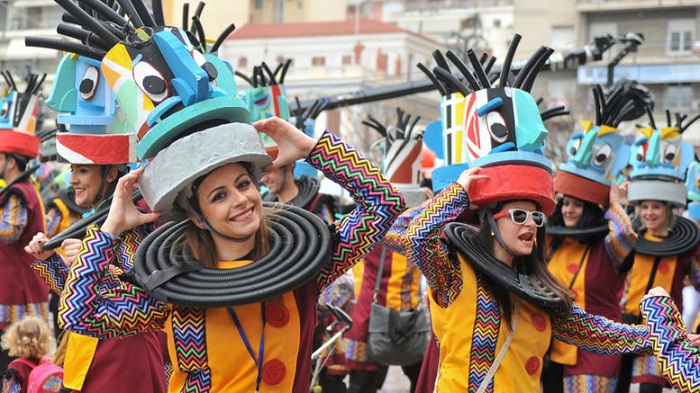 Local communities in Greece have reacted negatively to the government’s decision to cancel all Carnival festivities in the country between February 29 and March 2 in order to limit the spread of the Covid-19 Coronavirus in the country.
Greece’s largest Carnival event, in the city of Patras, has now been officially canceled, according to a statement issued by Patras Mayor Kostas Peletidis.
“The decision creates bitterness, but we are called upon to implement the Joint Ministerial Decision,” declared Peletidis, who belongs to the Communist Party.
However, individual Carnival groups in Patras have said that they will go on with their traditional celebrations nonetheless, defying the government’s official decision.
Similar approaches, perceived as irrational by those more concerned, have been taken by other localities in Greece, including Naoussa, Corfu and Rethymno on Crete, where individuals have declared their determination to go ahead with the annual festivities.
It is still unclear what the government’s handling of this issue will be on a nationwide level, and whether Athens will attempt to ban all festivities by using force, especially after the ugly incidents of violence on Lesvos and Chios this week.
When asked about the Patras municipality’s reaction to those who declare their intention to go ahead with Carnival events, Mayor Peletidis stated ”We are not going to organize anything. If businesses want (to organize events) it is their responsibility, and the responsibility of all those who choose to go.”