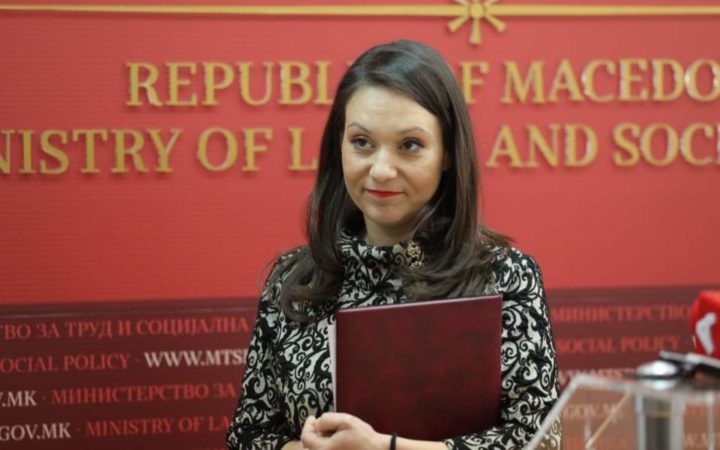 The North Macedonian Parliament decided on Saturday to sack Labor Minister Rashela Mizrahi from the caretaker government of the country, after using the old and disputed name ”Republic of Macedonia” during a public speech.

Sixty-two Parliamentarians voted in favor of her removal, while 26 voted against it.

Mizrahi caused widespread condemnation in her country and provoked Athens’ diplomatic anger after she decided to reinstall the old ”Republic of Macedonia” sign in her Ministry a few days ago.

The former Labor Minister belongs to the right-wing VMRO party which opposed the name change of the country.

She also reportedly said that ”this is the Republic of Macedonia and we are Macedonians.”

Nikos Kotzias, Greece’s ex-Foreign Minister and a signatory of the Prespa Agreement, which legally changed the country’s name to North Macedonia, called on the current Greek government to report the Minister to the United Nations.

North Macedonia is heading toward a snap general election in April, following the resignation of Zoran Zaev’s government due to the failure to open negotiations for the country’s entrance to the European Union.