Greeks Celebrate Arrival of Spring with Ancient Tradition of Martis 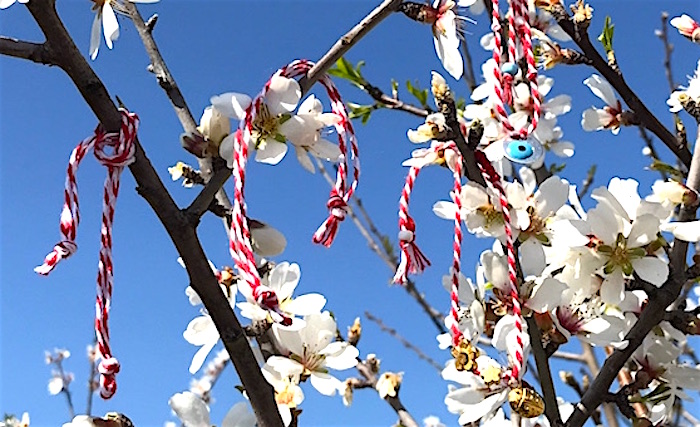 Spring is (almost) in the air in Greece, and Greeks will soon begin preparations to welcome the new season by celebrating an ancient annual custom. The tradition of “Martis” entails that everyone, regardless of age, adorns themselves with red and white bracelets made from thread, from March 1 until the last day of the month on March 31. 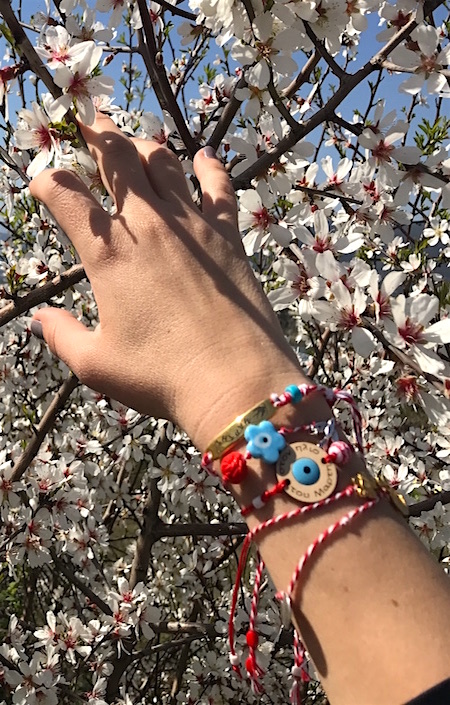 The ancient tradition of Martis (from which the month of March derives its name) dates back to the cults of Demeter and Persephone, which began thousands of years ago in ancient Greece. Eleusis was the ancient city where the ancients performed secret rites for the cult.
As a form of initiation into the cult, which was one of the Eleusinian Mysteries, the faithful wore a bracelet called a “kroki” around both their right hand and left ankle. Amazingly, the ancient tradition still lives on today in modern Greece. However, there are certain rules that one must abide by when creating and wearing the symbolic bracelet which celebrates the arrival of Spring.
Most importantly, the bracelet must be woven on the last day of February and it must be made of white and red thread. The white thread of the bracelet symbolizes purity while the red represents life and passion.
In ancient times, people believed that the bracelet helped protect the person who was wearing it from diseases, as well as the strong rays of the spring sun during the month of March.
Part of the ancient tradition in Greece calls for the person wearing their red and white “Martis” bracelet to take it off and tie it to the first flowering tree they see in March, in order to yield a healthy harvest and to keep the tree healthy.

Another lovely tradition which Greeks practice with Martis bracelets occurs when the first swallow of the Spring is sighted. The first person who sees a swallow upon the bird’s return from its winter migration, ties their bracelet around the nearest rose bush to encourage the bird to make its nest there.

If you are interested in wearing a Martis bracelet to welcome the Spring (and who wouldn’t be, considering the winter Greece has had this year), The EFI Store, Doromu and other Greek-themed stores on Etsy offer a wide selection of the bracelets at affordable prices.
Take some time this Spring and peruse their authentic, hand-crafted Greek bracelets there, as well as an array of other authentic Greek products which can be shipped worldwide. 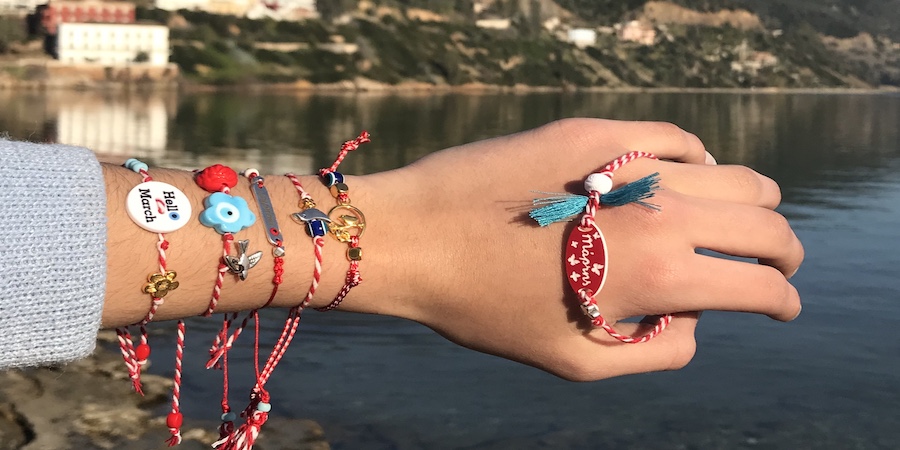