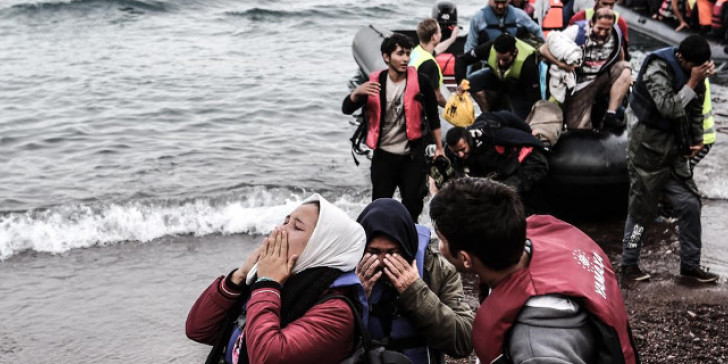 Greece’s plan to build a “floating protection system” in the Aegean Sea meant to curtail the huge influx of migrants arriving from the Turkish coast, has recently drawn strong criticism from human rights groups.
“This plan could put lives at risk,” says Massimo Moratti of Amnesty International. “Building a barrier, a floating wall in the sea can make it more difficult even for the rescuers to go and rescue these boats and cause problems with the people landing.”
“Every state, including Greece, has a legitimate right to manage their borders, but those that are coming across the sea with the intention of seeking asylum, safety, they have a fundamental right to do so,” said Boris Cheshirkov, a spokesperson for the United Nations High Commission for Refugees (UNHCR) in Greece.
Last week the Greek Defense Ministry opened the bidding process for a 2.7 kilometer (1.7 mile) long system, which could involve a system of barriers and nets, and would be used as an emergency measure by Greece’s armed forces.
The specification requires the barriers to be 1.10 meters (3.6 feet) high, of which 50 centimeters (19 inches) should be above the surface and equipped with flashing lights. The Defense Ministry places the cost of the project’s construction at €500,000.
In announcing the bidding process, the Ministry noted that the floating protection system “will restrict and, where appropriate, suspend the intention to illegally enter national territory in order to counter the ever-increasing migration and refugee flows.”
“The invitation for floating barriers is in the right direction… We will see what the result, what its effect as a deterrent will be in practice,” Greek Defense Minister Nikos Panagiotopoulos told Skai Radio.
Greece has struggled to manage the enormous and unrelenting influx of migrants in recent years, keeping many in overcrowded camps on the Aegean Greek islands near the Turkish coast.
More than 40,000 asylum-seekers and migrants are currently crammed into the island camps and are living in such poor conditions that the facilities are repeatedly denounced by aid agencies.