TechNews
GreekReporter.com Greece Greece Has the Largest Number of Goats Per Capita in Europe!

Greece Has the Largest Number of Goats Per Capita in Europe! 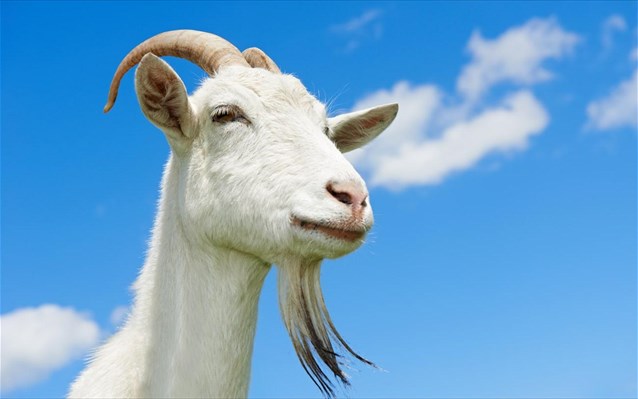 According to a recent study conducted by the European Union’s statistics authority Eurostat, Greece is the clear EU champion — in regard to the number of goats, that is.
More specifically, according to the European Union’s Agriculture, Forestry and Fisheries report for 2019, Greece comes first in the entire Union, having approximately 3,625,000 goats living on its territory.
The second place is taken by Spain, with almost a million fewer goats than Greece.

EU countries with the most goats 🐐

The nation of Spain has a goat population reaching 2,765,000, while Romania comes in third place, with 1,539,000 goats.
France follows next, having 1,252,000 goats living on its territory.
It’s worth mentioning that all of these EU member-states have a much larger land area than Greece, yet Greece’s mountainous countryside has somehow proven throughout history to be much more hospitable to these adorable animals!
This news has sparked a wave of humorous posts on Greek social media in the last few days as Greek folk tradition has always portrayed goatherds as quaint, outdated figures, synonymous with poverty and a lack of education.
Of course, the country has a long-standing agricultural tradition, stretching back undoubtedly past antiquity, with goats being at the center of production of various cheese, milk and meat products.
Most prominent of course, is the traditional custom of having roasted goat along with roasted lamb on a spit on Easter Sunday.
However, such a large population of these useful animals does not come without a cost.
On the Greek island of Samothrace, for example, in the north Aegean Sea, goats are now posing an imminent threat to the natural environment as a result of overgrazing.
It is remarkable that goats far outnumber humans on this island.
While there are only 3,000 permanent inhabitants on Samothrace, the island has more than 45,000 goats living there at present, meaning that there are 15 goats for every human on Samothrace!
This has created a true environmental emergency on the island, since tens of thousands of goats have already eaten almost all of Samothrace’s precious wild vegetation.
For this reason, many of these animals are now malnourished, and so cannot even be sold commercially for meat.
Thus it seems that the traditional love the Greek people historically have shown for goats has most likely reached its practical limit.
For this reason, it is about time to create some kind of national strategy regarding the number of goats in the country. We cannot have starving animals wandering about the countryside, unable to find anything on which to feed.
And perhaps much more ominous, the unchecked goat population could cause a catastrophic loss of the precious hillside vegetation in places such as Samothrace Island, degrading its natural environment for decades.