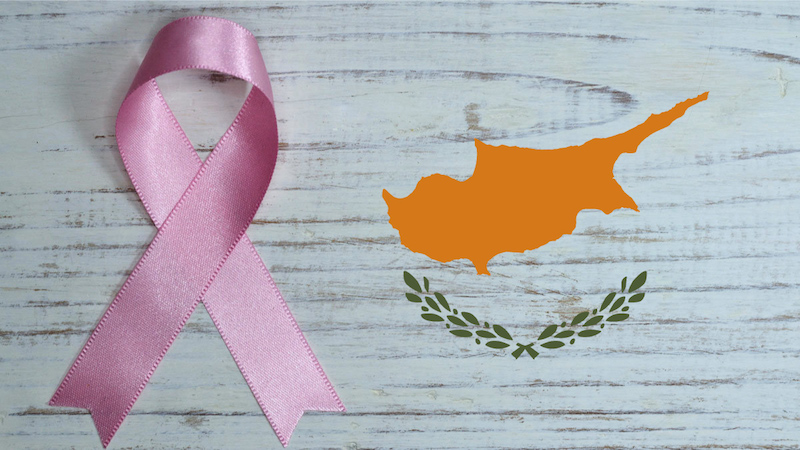 The Mediterranean island nation of Cyprus had the lowest standardized rate of cancer-related deaths in the entire EU, it was announced on Tuesday, February 4, the commemoration of World Cancer Day.
With 194 deaths for every 100,000 inhabitants in 2016, Cyprus recorded the lowest number of deaths related to this disease in the entire European Union that year (which is the latest year such data has been studied). 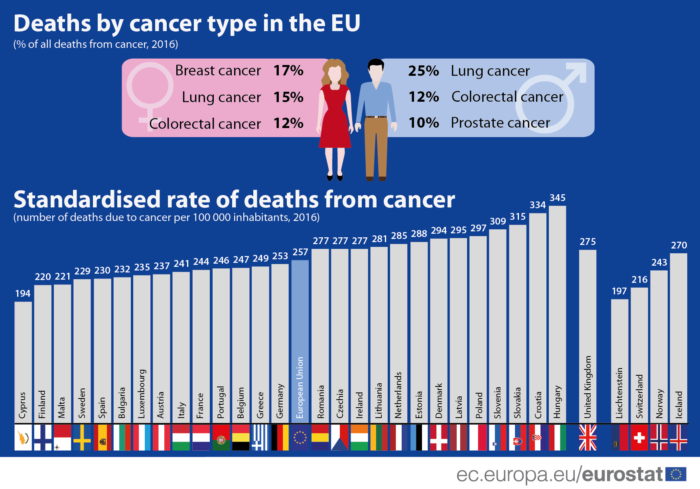 The data was released on Tuesday by Eurostat, the statistical service of the European Union, on World Cancer Day, the annual day devoted to learning more about cancer prevention and treatment.
The corresponding rate for the nation of Greece is 249 deaths for every 100,000 inhabitants, which is close to the European Union average.
According to Eurostat, almost 1.2 million individuals died from cancer in the European Union in 2016.
Cancer was responsible for just over one quarter (26%) of all deaths recorded in the nations belonging to the Union.
Men were more affected by cancer than women, with 656,100 males succumbing to the disease versus 511,600 women dying from the same malady.
Cancer caused 29 percent of the deaths of men and approximately 23 percent of women’s deaths in 2016.
A message from the Greek Premier

Greek Prime Minister Kyriakos Mitsotakis emphasized the significance of preventative awareness and the need to continue the fight against cancer in a televised statement for World Cancer Day on Tuesday.
“Today our thoughts go out to all our fellow citizens and their families who have fought and are fighting this battle. A battle that is always difficult, but often successful. I have experienced it too due to my mother’s struggle,” said Mitsotakis.
The Prime Minister stressed that “cancer has one big enemy: Prevention. A field in which our country, unfortunately, performs poorly, even though prevention and early diagnosis saves lives. The government and I consider prevention a top priority,” he added, emphasizing the importance of regular exercise, proper nutrition, low alcohol consumption and smoking cessation.
Mitsotakis also referred to Greece’s recent successful implementation of its anti-smoking law and how this “demonstrates how society can muster awareness on health issues and how it recognizes the dangers of active and passive smoking for public health.”
“Today, we are taking a new step in the same direction. The bill on the National Prevention Program is already in public consultation. Soon it will be state law, bearing the name of a leading physician and visionary politician, Spyros Doxiadis,” the Greek PM concluded.
With information from CNA and AMNA