By Tasos Kokkinidis
February 1, 2020
Facebook
Twitter
WhatsApp
Linkedin
Email
As hundreds of Chinese tourists, some wearing protective facemasks, strolled the streets of Santorini on Friday, snapping photos of the magnificent view of its caldera, the mayor the Greek island played down concerns about the possibility of the spread of the coronavirus.
Speaking to Greek Reporter, Antonis Sigalas maintained that he “is not particularly concerned,” pointing out that there are no direct charter flights from China to Santorini during the winter months. “Those who arrive in Santorini are being monitored at Athens’ international airport,” the mayor added.
The Cycladic island has the highest concentration of Chinese visitors in Greece, especially during the winter months, and in particular around the Chinese New year. The stunning volcanic island has now even become a Mecca for wedding ceremonies.
Every year, dozens of Chinese couples make their wedding vows at the towns overlooking the caldera including Fira, Imerovigli, Firastefani and Oia, which are perched far above the sea and whose scenic backdrops look like paintings. 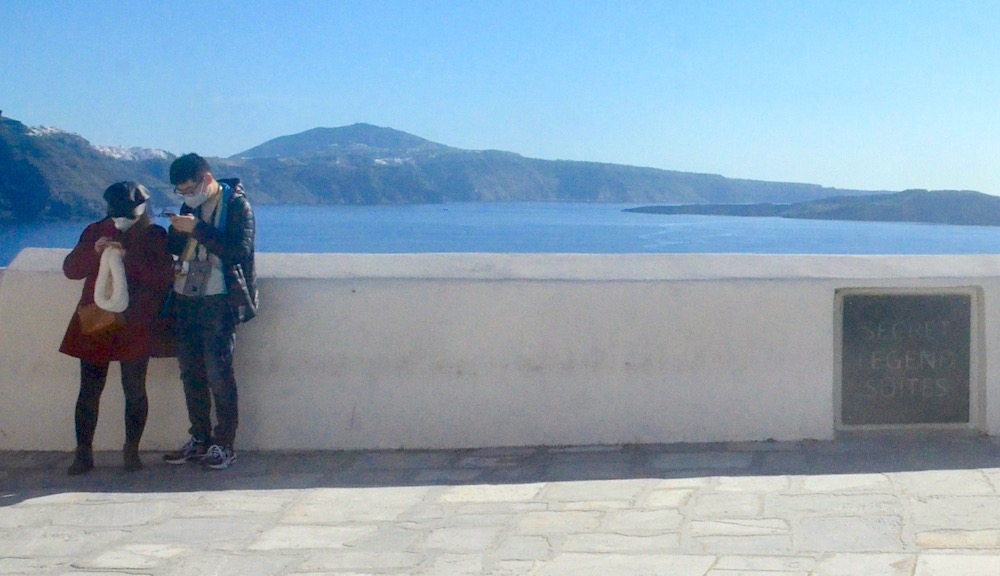 It is estimated that up to 3,000 Chinese tourists are currently vacationing on Santorini.
Sigalas says that fully 70 percent of bookings by Chinese tourists to Santorini had been cancelled by early this week. “As we speak today, the cancellation rate could be as high as 100 percent,” he adds.
The mayor calls the possibility of a tourist carrying the virus, but who has not been diagnosed yet, an “extreme scenario, that cannot be excluded.” In any case, he adds, the health authorities on the island have taken measures to deal with such a possibility. 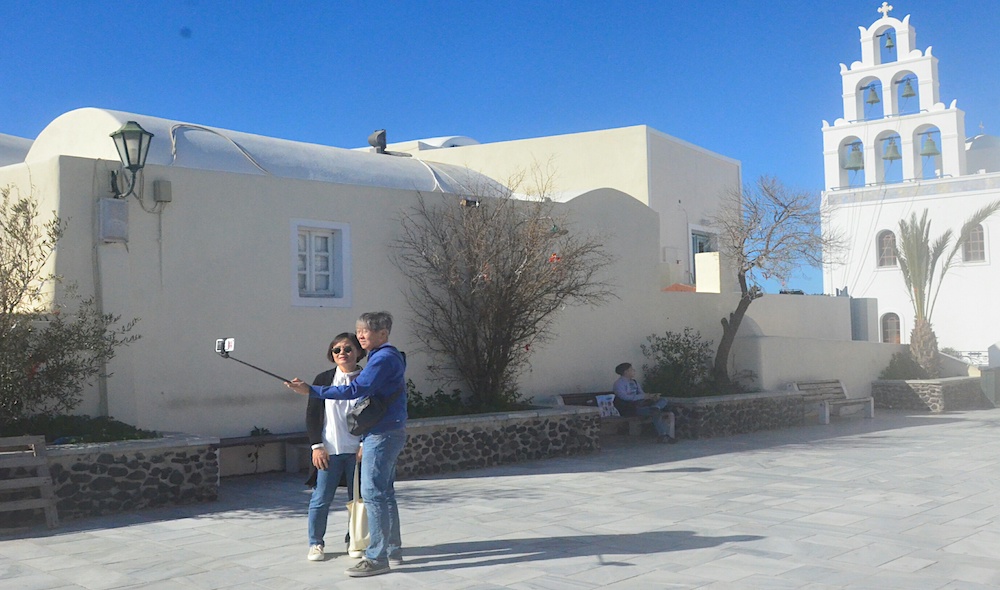 Some local residents, however, are skeptical. Symptoms are thought to appear between two and ten days after contracting the virus.
There is also some evidence, as yet unconfirmed, that the virus can be spread by completely asymptomatic people — that is, people who carry the virus but are not yet sick. If this is correct, it will make the virus considerably more difficult to control.
“It is possible that tourists who arrived from China during the last ten days or so could have been carriers of the virus,” Santorini resident Michalis Ermogenis tells Greek Reporter.
“Of course, I am worried,” he adds, pointing at a large contingent of Chinese tourists walking around the island. “Almost 90 percent of tourists in Santorini right now are Chinese. One must be blind not to see the danger.”
Ermogenis also says that he has not seen or heard of any measures taken to prevent or deal with a possible coronavirus case on the island.
Meanwhile, as the current  influx of Chinese tourists to Santorini ceases, authorities are mulling over the inevitable damage to the local economy.
Mayor Sigalas accepts that businesses will suffer from the coronavirus scare. He announced through Greek Reporter that an extraordinary meeting with representatives of the tourist industry will be held on Saturday to assess the situation and agree on a plan to ameliorate the damage.