GRNews
GreekReporter.comGreeceGreece Halts Visa Applications from China as it Prepares to Tackle Coronavirus 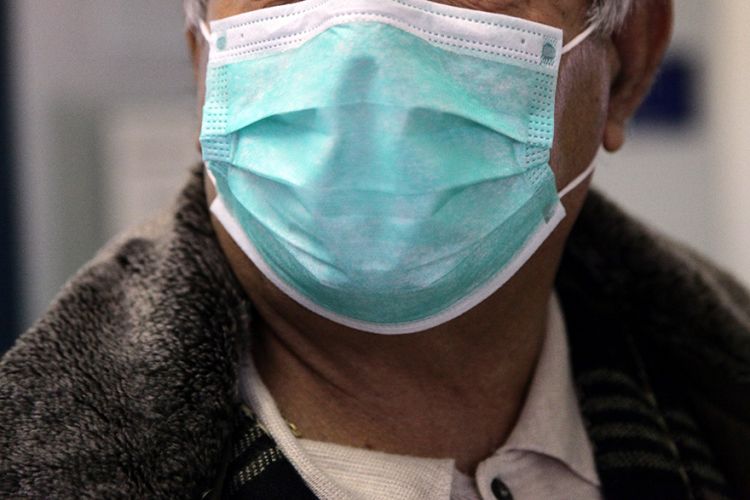 Greece has halted all visa applications from Chinese citizens at least until February 9 as health authorities are meeting early next week to assess the threat posed by the spread of coronavirus.
A message sent to all travel agents by the Consulate General of Greece in Shanghai on Friday says that all visa application centers of Greece have suspended operation and that resumption of operations will be announced with a new notice. 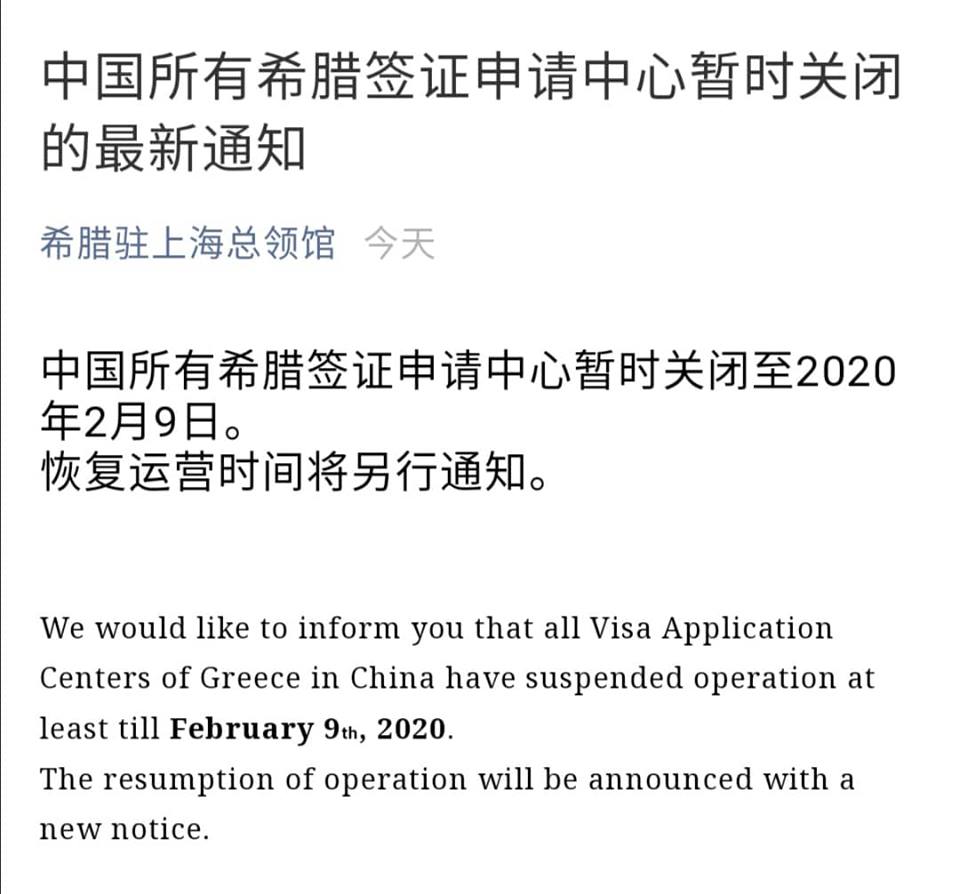 An extraordinary meeting of Greece’s National Council on Public Health (NCPH), the main body which evaluates health threats and formulates strategy for public health, will be held on February 3, following a decision by Health Minister Vassilis Kikilias.
The move follows a decision on Thursday by the World Health Organization to declare coronavirus a global emergency.
“The main reason for this declaration is not what is happening in China but what is happening in other countries,” said WHO chief Tedros Adhanom Ghebreyesus.
At least 213 people have died in China — mostly in Hubei province where the virus first  emerged — with almost 10,000 cases nationally.
The WHO said there had been 98 cases in 18 other countries, but no deaths as of this time.
The majority of the international cases have occurred in those who had traveled to the Chinese city of Wuhan in Hubei.
A Thessaloniki resident who developed flu symptoms after returning home from Wuhan, China, has tested negative for the new coronavirus.
Authorities said the Pasteur Institute, which had received a sample of the 62-year-old’s DNA to determine whether he has the coronavirus or the regular flu, has confirmed the results.
Meanwhile, the NCPH announced that 21 people lost their lives from flu complications in Greece since the start of the year, with eight succumbing last week.
Of these victims, 19 belonged to high-risk populations, and of these, only eight had received a flu shot for this year.
The Council’s weekly report said that 13 of the 21 victims had been hospitalized in intensive care units.
Of the total, 11 were men and 10 women, ranging in ages from 4 to 91 years of age.