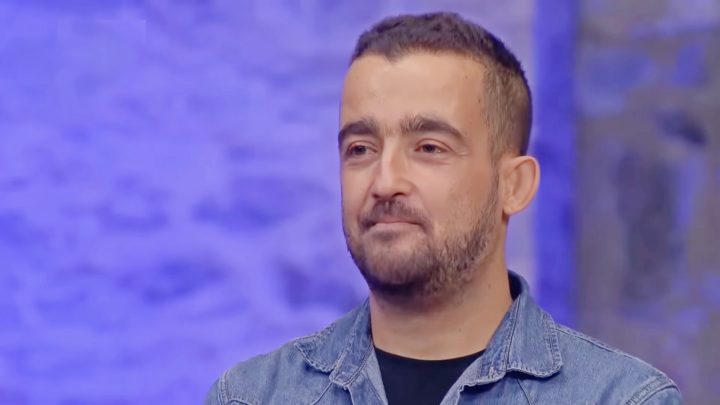 A nearly-blind contestant moved the audience and the judges from the television reality show MasterChef on Wednesday not only with his cooking skills but also his determination to prove that his disability can turn into an advantage in the kitchen.
Vassilis Stefanidis, from Thessaloniki, has lost 95 percent of his eyesight, yet his culinary talent has secured him a place in the next round of the popular reality show.
“My blindness is a small problem, but I compensate with perseverance, will and patience,” Stefanidis said as he cooked a mushroom soup.
“Cooking with such disadvantage makes me give more love to my raw materials, I think I look after them more carefully than a cook with normal eyesight. I have to touch them more to understand what they are,” he explained to the show’s panel of experts.
The thirty-six year old Stefanidis, who recently completed a cooking course, admitted that competing on the MasterChef show was a challenge.
However, he said “I wanted to prove that a person like me with only five percent of his eyesight intact could be as good as chef as someone who can see.”
“A blind person must use his or her imagination to identify the raw materials, their color, their texture…This can actually help in the kitchen,” he noted.
Stefanidis urged the judges to judge him on his mushroom soup and ignore his disability. All three judges agreed that the end product was delicious and offered him a place in the next round of the competition.

How Advertising Through the Ages Has Shaped Christmas