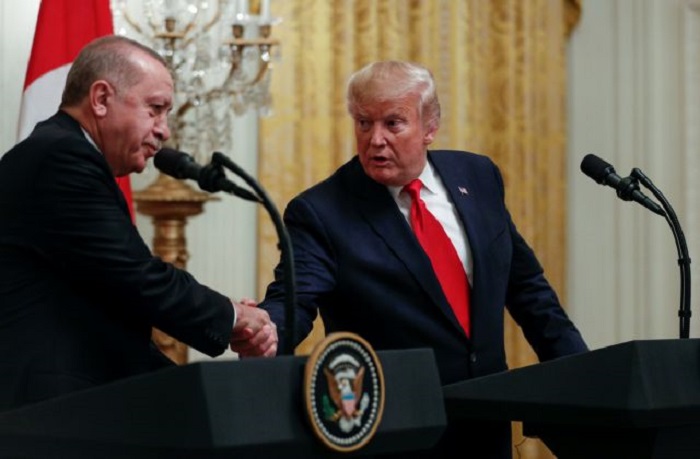 According to Judd Deere, Trump highlighted the importance of Turkey and Greece resolving their disagreements in the eastern Mediterranean.

President Trump also highlighted the importance of Turkey and Greece resolving their disagreements in the eastern Mediterranean.

Turkey has repeatedly contested Greek sovereignty, including most recently calling for the demilitarization of sixteen Aegean islands. It has also signed a maritime agreement with Libya which Athens describes as illegal and void.

“Greece does not provoke, does not violate the sovereign rights of others, but it doesn’t like to see its own rights violated,” said Greek Defense Minister Nikos Panagiotopoulos on Saturday.

“The two leaders discussed the need to eliminate foreign interference and maintain the ceasefire in Libya. The leaders agreed that the violence being carried out in Idlib, Syria must stop,” White House spokesman Judd Deere said in a tweet.

A renewed drive by Syrian President Bashar al-Assad to recapture rebel-held Idlib province in Syria’s northwest sparked a fresh exodus of many thousands of civilians toward Turkey’s border on Monday amid heavy air strikes.

In Libya, commander of the Libyan National Army (LNA) Khalifa Haftar moved forces on Sunday toward the city of Misrata, which is allied to the country’s UN-recognized government, officials and residents said.

The renewed fighting came one week after Turkey, the United Arab Emirates, Egypt and Russia agreed with Western powers at a summit in Berlin to push for a lasting ceasefire and uphold an arms embargo.