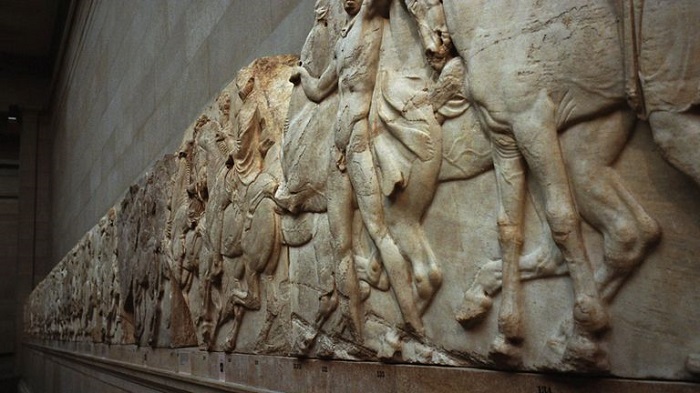 New hopes emerged last week that the Parthenon Marbles could eventually be returned to their rightful home after the British authorities ordered the country’s museums to assess their collections with a new “decolonizing” checklist to ease the repatriation of cultural treasures.

The Arts Council, the supreme body championing and developing art and culture across Britain, has called on experts to draw up new guidelines to address sacred and significant objects like the Parthenon Marbles, which have long provoked pleas for repatriation from Greece after being seized in the age of empire.

An Arts Council spokeswoman said: “The aim of the guidance is to encourage a more proactive and coordinated approach across the UK museum sector by providing museums with a practical resource to support them in engaging with and responding to all aspects of restitution and repatriation.”

The idea follows the promise made by French president Emmanuel Macron to repatriate colonial objects.

Foreseeing ever-increasing demands for repatriation in future, the Arts Council has offered a £42,000 contract to experts who can draw up guidance on decolonization.

The contract states: “There is significant government, public and press interest and increasing calls for action by UK museums and sector bodies to address this agenda.”

It is understood that planned guidance will work as a checklist to handle claims, from how to deal with publicity and activist agitation, to possible repatriation.

An Easter Island Moai looming in the British Museum, an Aboriginal shield, and Ethiopian sacred tablets are among the many artefacts acquired amid imperial expansion which have been demanded back by their ancestral owners.