By Tasos Kokkinidis
January 14, 2020
Facebook
Twitter
WhatsApp
Linkedin
Email
The American-Hellenic Chamber of Commerce (AHCC) held an official dinner on Monday in Athens in honor of Greek Prime Minister Kyriakos Mitsotakis.
The event, part of the 30th annual “Greek Economic Summit” conference organized by AHCC, was held in a full-to-capacity event center at the Athenaeum InterContinental Hotel.
A discussion between Mitsotakis and President of the Hellenic-American Chamber of Commerce Nikolaos Bakatselos followed, in which the Prime Minister referred to his extremely successful visit to the United States, stressing that Greece is a stable and reliable ally for the US. 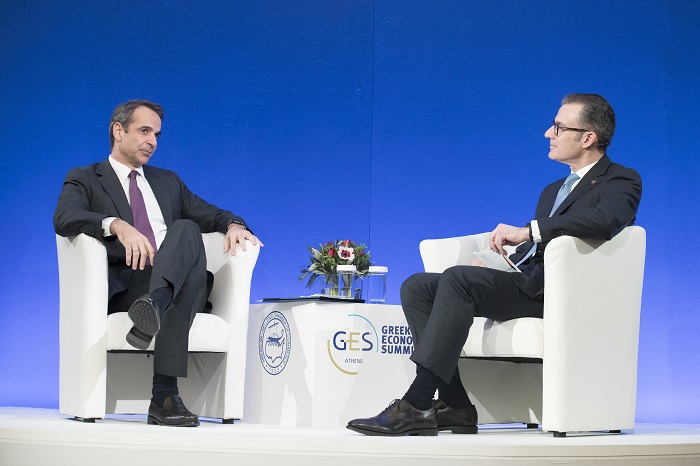 “I was absolutely clear with President Trump about the Greek government’s red lines; the country will defend its sovereign rights in whatever way it deems best,” Mitsotakis stated.
He then added, “The US said that they guarantee the security and prosperity of the country and support all initiatives that will lead to the resolution of the issues in the Eastern Mediterranean in a peaceful manner. ” 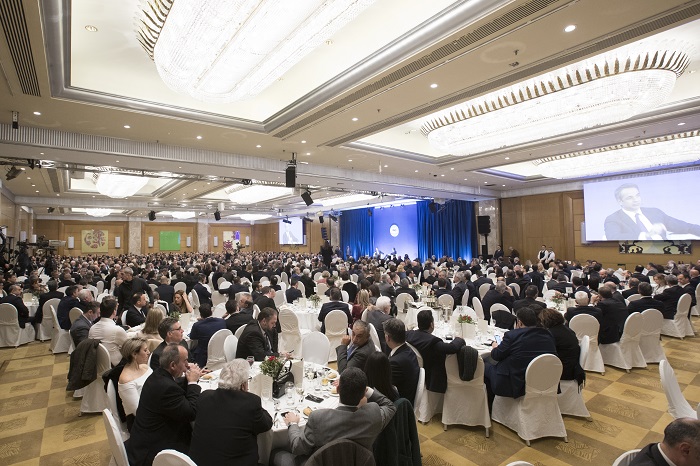 The Prime Minister related that he also held extensive discussions on the course of the Greek economy during his visit to the United States, inviting US investors to consider the investment opportunities presented in our country with new eye.
In addition, regarding the important field of higher education, Mitsotakis stated that an expanded education program with American universities would be announced shortly.
The Prime Minister also referred to security issues, stressing that “Important steps have been taken, and security concerns all Greeks, mostly those who live in the most deprived neighborhoods of the cities. They demand from the state in return for the taxes they pay to feel safe for themselves, their families and their property. The law will apply everywhere and to everyone.”