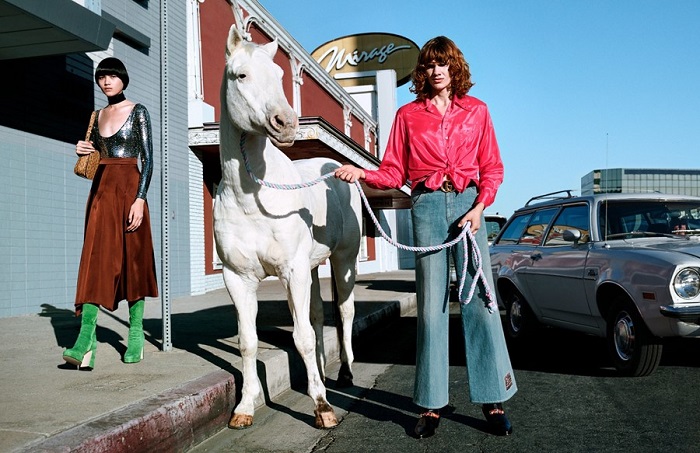 The intriguing project is the brainchild of creative director Alessandro Michele.

The imagery finds this group of horses alongside the remaining protagonists on the beach, in the kitchen, at the car wash, and in a traffic jam. Whether getting a snack, swimming in the pool, or washing shoes at the car wash, the horse is always there to share moments with its companion. 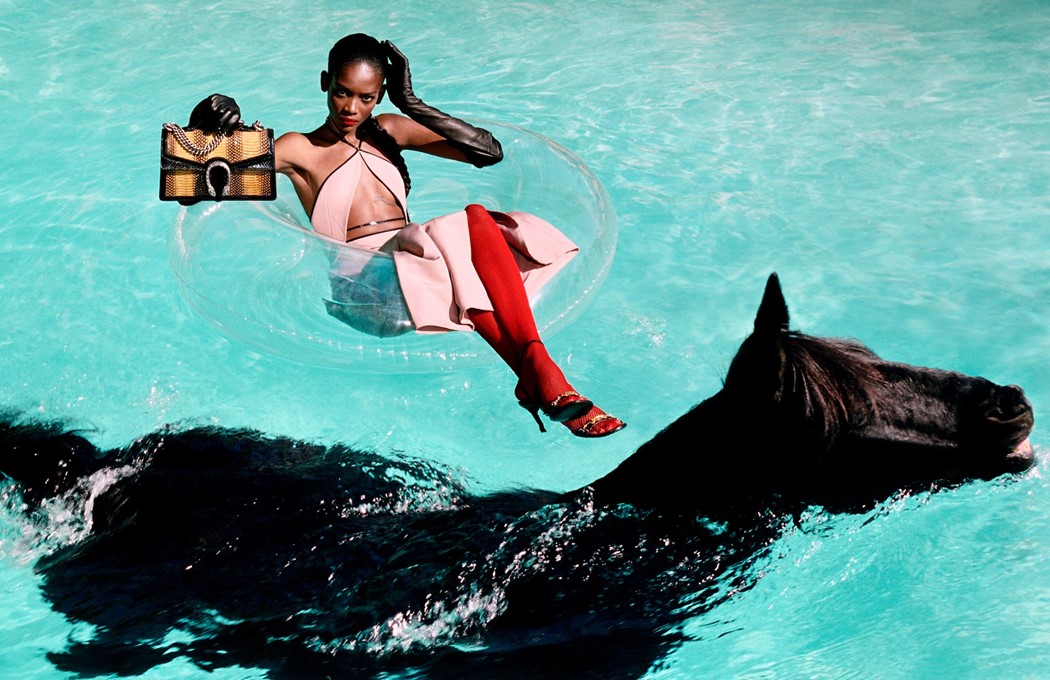 According to Gucci, the campaign is “an exercise in warm-hearted ambiguity, an act of everyday surrealism, a celebration of the paradoxical.”

It is suitably surreal fare from Lanthimos, whose films are often deliriously unhinged and memorably feature various animals. In The Lobster, for example, unsuccessful singles are transformed into animals at a particularly existential matchmaking camp.