Greece Appears to Bow to US Pressure, Delays Decision on Chinese 5G Network 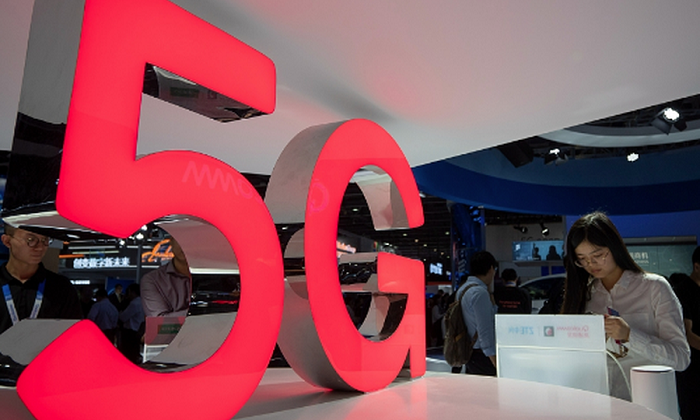 Greece has been reluctant to use the Huawei Fifth Generation (5G) telecommunications network, although pilot programs have already taken place in Greek cities. And some analysts now attribute the Greek government’s slow pace in this burgeoning sector to pressure from the United States.
The United States has been increasingly concerned in recent years over China’s growing economic power in Greece, with Beijing making key investments in the country’s infrastructure, the major one being the acquisition of the port of Piraeus by the Chinese state-run COSCO conglomerate.
Similar concerns have been expressed by the European Union as well.
Now, with the U.S.-China tech war raging, the Huawei 5G network has become an issue of great importance for U.S.-Greece relations. Huawei has been in the Greek market for almost fifteen years and has a roughly 50 percent share of the market for telecom equipment.
Yet Huawei’s 5G technology is not yet used in Greece.
The European Union has embraced the Chinese 5G technology, despite pressure from the U.S. not to use the new Huawei network. According to Washington, the telecom network could allegedly serve as an all-seeing — and all-powerful — espionage tool for the Chinese government.
Indeed, there are increasingly serious privacy concerns globally related to the use of 5G technology itself, and especially to the Huawei company as a 5G supplier.
Huawei ran a pilot 5G program in Kalamata, in the Peloponnese, with Greek telecom provider Wind Hellas in the summer of 2019. The 5G network covered several key points in the city and was expected to be fully-implemented for commercial use in two years.
However, in December the Kalamata City Council decided to suspend the program by a vote of 16 to 13. The majority who protested the advanced wireless technology claimed that the city’s population would become guinea pigs, with possible serious repercussions for public health, including hazards to fertility.
Overall, the Greek government is not keen to embrace the Huawei 5G technology at the present moment. Analysts say that there was pressure concerning this matter from U.S. President Donald Trump on Greek Prime Minister Kyriakos Mitsotakis during the latter’s meeting in Washington earlier this week.
This assertion cannot be confirmed, however.
Digital Governance Minister Kyriakos Pierakakis explained that Athens is waiting for the European Commission to make its final recommendation for the Fifth Generation Telecommunications network.
Speaking to Skai TV, Pierakakis argued that the reluctance shown by the Greek government is due to issues of “national security and protection of the country’s critical infrastructure.” By raising the issue of national security, the Greek official appeared to be following the U.S. line that Huawei’s 5G technology could indeed possibly be used as a tool for espionage.
The Czech Republic’s security agency raised an alarm in late 2018 over Huawei’s technology and its potential to be used by Beijing for spying purposes. Additionally, the nations of Japan, Australia and New Zealand stopped Huawei from supplying their respective 5G networks — and all these countries cited national security concerns for this action.
Furthermore, Greece has yet to address one crucial issue regarding the digital processing of personal data, since the country is among the three EU member states which have not yet fully implemented its General Data Protection Regulations (GDPR). Portugal and Slovenia are the only other EU nations in this group.
Implementing the GDPR, however, means tighter data-protection rules in managing what passes through 5G networks. This could further delay any decision on the use of Huawei’s 5G network in Greece, if the Chinese company is ever to become the main telecommunications provider in the country.
What is certain, though, is that Athens appears to be earning points from Washington by delaying the enormous Chinese investment. Points that are especially needed in these difficult times.