Official Schedule for PM Mitsotakis’ Visit to the US Announced 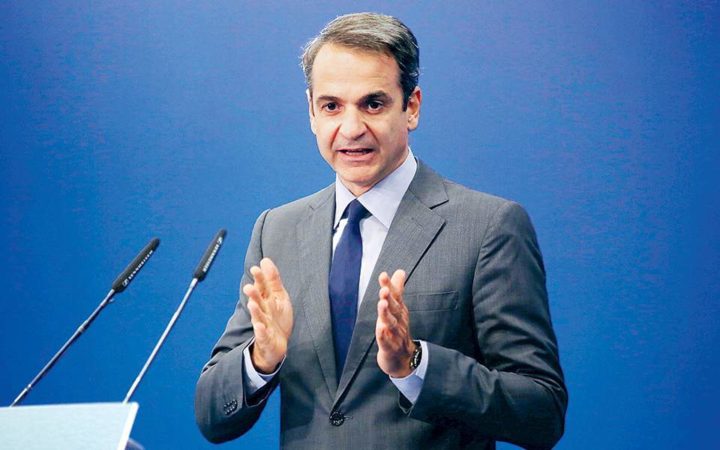 The Greek Prime Minister press office announced the official schedule of his upcoming four-day visit to the United States on Friday.

PM Kyriakos Mitsotakis will leave for the US on Sunday, January 5 and will conclude his scheduled events on January 8.

On Sunday, January 5, the Greek leader will arrive in Tarpon Springs, Florida where he will meet with members of the Greek community beginning at 6 PM local time. Prime Minister Mitsotakis will also meet with Tarpon Springs Mayor Chrysostomos Alahouzos and US House of Representatives member Gus Bilirakis.

Afterward, Mitsotakis will have the opportunity to speak with the expatriate Greeks of Florida during an AHEPA event in which the Pan-Cretan Union of America will also participate.

At 1 PM the Greek Premier will attend Archbishop of America Elpidophoros’ blessing of the waters and watch young people dive for the cross in the water. He will then hold informal meetings with expatriates from the greater Florida area.

On Tuesday, January 7, the Prime Minister will travel to Washington, D.C.

Mitsotakis will meet with the leadership of the Atlantic Council at 9:50 local time and at 10:15 he will participate in a panel discussion with Atlantic Council Vice President Damon Wilson.

The Greek Prime Minister will then meet with Kristalina Georgieva, the Director-General of the International Monetary Fund (IMF), at 11:30 PM, at the Fund’s headquarters in Washington.

At 2 o’clock in the afternoon, Mitsotakis will arrive at the White House, where he will meet with United States President Donald Trump. A larger meeting of the delegations from the two nations will follow.

On Wednesday, January 8, the Prime Minister will continue meeting with individuals in the US capital.

Mitsotakis will visit the US Senate at 10:00 AM, and then meet with members of the Foreign Relations Committee.

At 11:00 AM, the Prime Minister will speak with the leaders of both parties of the House of Representatives.

Beginning at 1 PM, Mitsotakis will attend lunches and other events organized by Greek diaspora organizations.

Later that afternoon, at 3 PM, the Prime Minister will meet with a group of American investors, and at six o’clock in the evening, Mitsotakis will attend a reception given by US Vice President Michael Pence and Secretary of State Mike Pompeo.

The Greek Premier and his wife will be accompanied by Foreign Minister Nikos Dendias, Minister of National Defense Nikos Panagiotopoulos, and Minister of Development Adonis Georgiades on their official visit to the US.