Caraftu Caves, The Mysterious Lair of Hercules in Western Iran

The province of Kurdistan in Western Iran hides an amazing secret which connects this Asian province with ancient Greece.

The Caves of Caraftu are a magnificent spectacle formed by both nature and human activity over the course of millennia.

The structures, which are located approximately 70 kilometers (43 miles) from Iran’s city of Saqqez, are situated at an altitude of approximately 2,000 meters (6,562 feet) above sea level.

The cave complex comprises a series of smaller and larger caves formed inside a massive  limestone outcrop.

According to archaeological evidence, they had been inhabited for centuries by humans, and were particularly important during ancient times since they were located along the passage of the famous Silk Route which connected Europe with China. 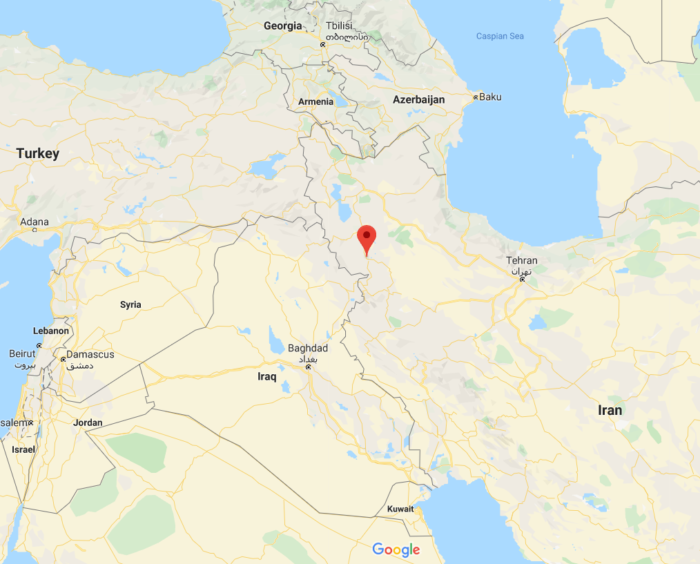 In one of the most spectacular finds in the area’s history, a Greek inscription was discovered in the early nineteenth century by European explorers inside one of the caves.

The inscription reads: “Here is the home of Hercules. Whoever enters this cave shall be safe.”

This mysterious and intriguing find is one of the very few examples of ancient Greek artifacts found and preserved in situ in Iran.

Archaeologists believe that those who inhabited the caves at some point honored the ancient Greek god Hercules as their protector, proving a direct or indirect connection of the people of this remote place with Greece.

The amazing cave formations offer a unique experience to the area’s fortunate visitors, since apart from their own beauty, they offer spectacular views over this mountainous area of Asia.

The caves of Caraftu are believed to have been formed several million years ago by geologic and hydrologic forces.

Scientists believe that these very cliffs were once underwater, and over the course of millions of years, they emerged, forming the mountain ranges of western Iran.

Archaeologists have found pottery and objects that cover most of the region’s historical periods over time inside the caves.

The Caraftu Caves are a popular tourist attraction of the region, and thousands of people visit them every year.

Giorgos Hatziparaskos, an 86-year-old baker from Crete, is one of the last people who creates the iconic Greek phyllo dough by hand.
Cyprus