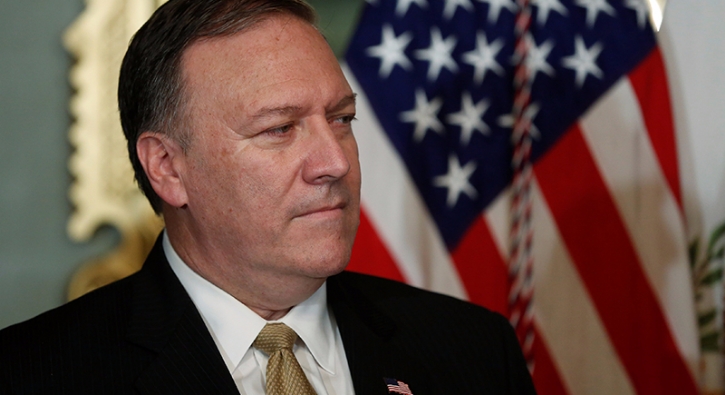 US Secretary of State Michael Pompeo is set to reaffirm the United States’ support of UN-facilitated, Cypriot-led efforts to reunify Cyprus as a bizonal, bicommunal federation during a visit he will pay to the island on January 7.
In a press release issued on Monday, the US State Department announced that Pompeo will travel to Kyiv, Ukraine; Minsk, Belarus; Nur-Sultan, Kazakhstan; Tashkent, Uzbekistan; and Nicosia, Cyprus from January 3 through 7, 2020.
Cyprus will be the last country the US Secretary of State will visit on January 7, before he returns to Washington, D.C.
The State Department said Pompeo will travel to Nicosia on Tuesday, January 7, where he will meet with President Nicos Anastasiades in an effort to “reaffirm the robust relationship” between the USA and the island Republic.
Pompeo met last month with Cypriot Foreign Minister Nikos Christodoulides, who will also take part in the January meetings in Nicosia.
With information from CNA