Athens-Lamia Highway Shuts Down Due to Heavy Snowfall 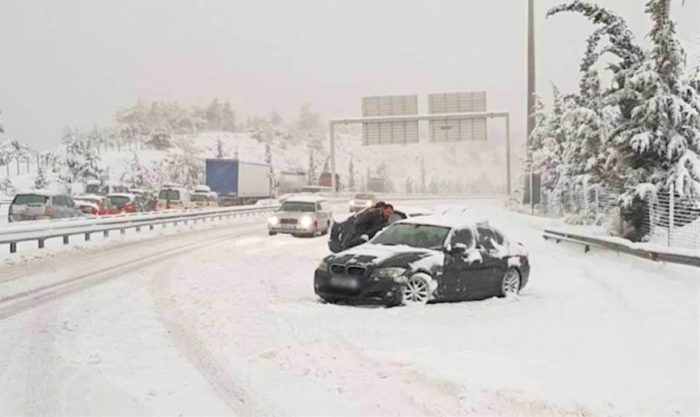 The Athens-Lamia Highway shut down completely for approximately five hours on Monday afternoon due to heavy snowfall.
The highway is the main artery which connects the city of Athens with Lamia and then continues all the way north up to Thessaloniki.
Police decided to shut the highway down near the Afidnes tollbooth in Attica, because of the extremely poor weather and road conditions which were prevailing in the area.

According to the Traffic Update given by the police, a number of traffic problems were also being reported, in both directions of the highway, near the towns of Kapandriti and Malakasa in Attica.
Thousands of people were stuck in their cars, waiting for updates on the situation until late at night.
At the same time, all buses from Central and Northern Greece had canceled their trips to Athens, ruining the travel plans of thousands of people.
Police also stopped hundreds of trucks and dozens of buses along various sections of the country’s highway network from Lamia to Tragana in central Greece.
Meanwhile, heavy snowfall continued in the areas of ​​Martino and Yliki in Attica until Monday night.
Dozens of snowplows, police cars and firefighters were along the highway where weather has been particularly severe, attempting to keep the road as clear from snow and ice as possible.