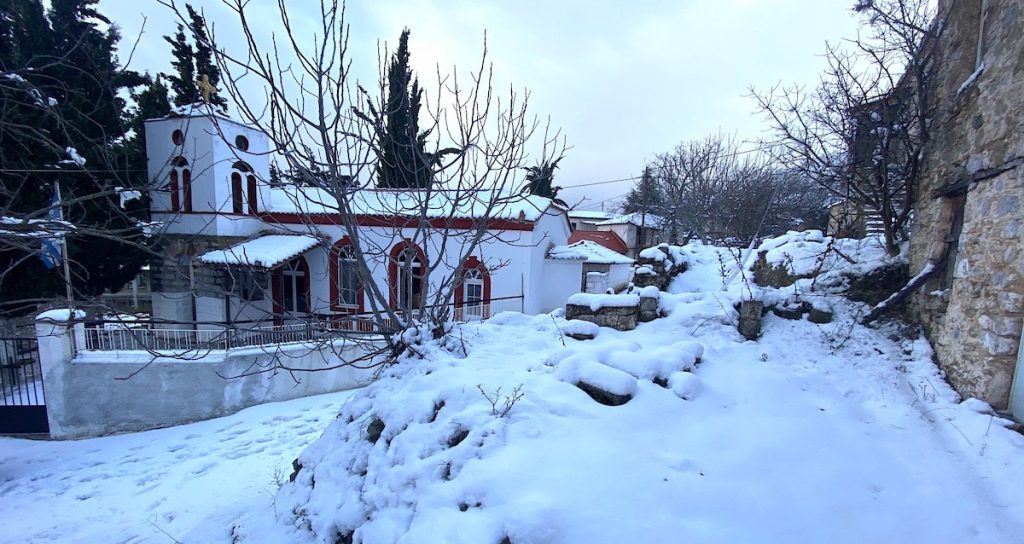 The cold front brought by the weather system “Zinovia” continues for the second day in Greece covering many parts of the country with snow and bitter cold.
The National Observatory of Athens weather service reported on Saturday that bad weather will continue at least through Monday. 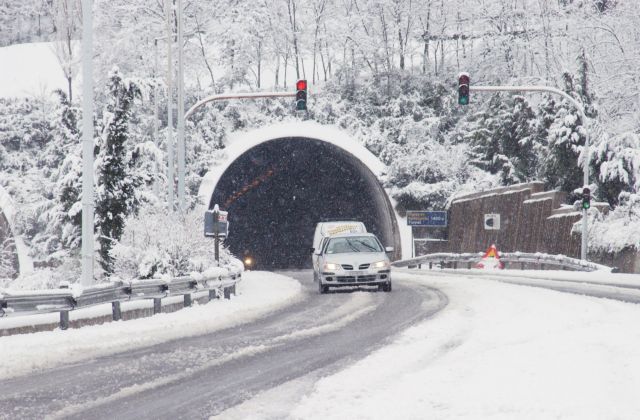 The eastern and southern parts of the Greek mainland have been affected the most with  rain, sleet, storms and snow, even at low altitudes. The islands experienced heavy rain and storms, with some snow on higher ground, though snow in the Sporades island group  extended to very low altitudes. 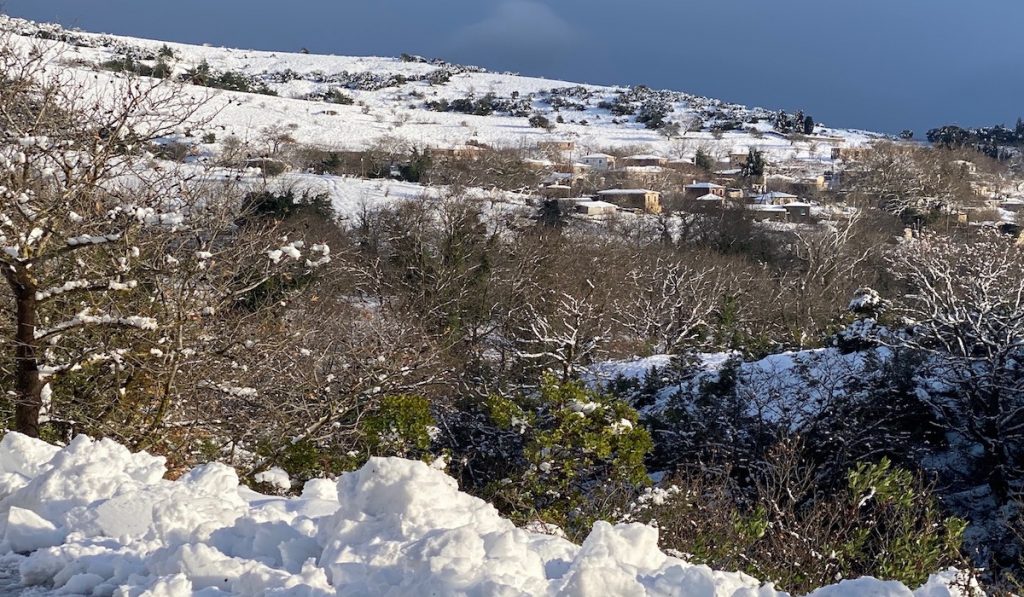 The lowest temperatures measured at popular ski resorts were at the Kaimaktsalan Ski Resort (-13.3 degrees Celsius), Seli (-11.1 degrees) and Parnassos Ski Resort at 1,950 meters altitude (-9.4 degrees).
Watch drone video of the Athens-Lamia national highway from the Up Stories team below:


Snow fell in Viotia, Fthiotida, North Evia, Magnesia and parts of Attica, especially on Sunday night. In Kymi, a bus carrying 53 university students fell in a deep ditch due to the heavy snow that had covered the road. Luckily there were no injuries and all students were pulled out by a rescue team.
Intermittent snowfall may also be seen in Thrace, while from Sunday night and through Monday the forecast is for snowfall in Central Greece, Thessaly, Halkidiki and Western Macedonia, accompanied by very strong northerly winds in the Aegean.
The mountains around Athens are dressed in white while the northern suburbs have experienced snowfall as well.
Watch video of the storm lashing at Koule Castle on Crete below: