GRNews
GreekReporter.comGreek NewsDiplomacyJanuary will Find Greece in a Diplomacy Marathon

January will Find Greece in a Diplomacy Marathon 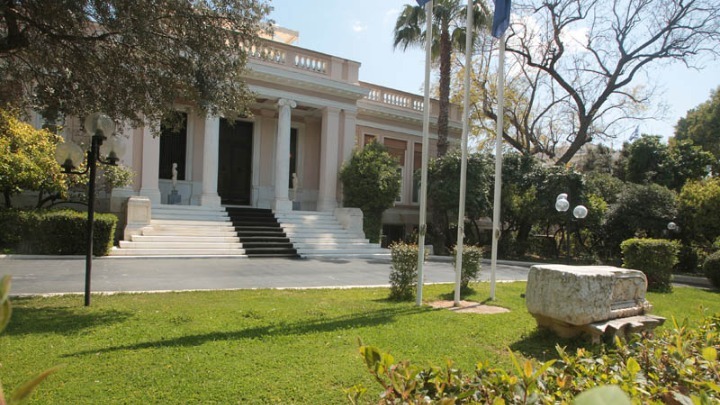 The first month of 2020 will be one of intense diplomatic activity for the Greek prime minister and the foreign affairs ministry, mostly because of Turkey’s provocations and energy issues.
Un January, Greek PM Kyriakos Mitsotakis and pertinent ministers will seek to highlight Greece’s role as a pillar of stability and security in the region, enhance its profile as an energy hub but also achieve the diplomatic containment and isolation of neighboring Turkey.
The Greek prime minister will start the month of activities on January 2nd by signing the EastMed pipeline agreement in Athens, in what amounts to the Greek government’s first active response to the invalid memorandums on maritime boundaries signed by Turkey and Libya.
Mitsotakis will then meet U.S. President Donald Trump at the White House on January 7 and seek to draw attention to Ankara’s provocative acts and rhetoric, while once again making it clear that the Turkey-Libya agreement is void and does not generate legal effects, while at the same time it undermines stability in the region.
The third stop in the prime minister’s diplomatic campaign will be in Paris, where he will meet with French President Emmanuel Macron. The French president has so far been Greece’s strongest supporter and is now taking on a leading role, expressing great interest in events in the southeastern Mediterranean.
Mitsotakis will have in tow the clear conclusions reached at the recent European Council in Brussels regarding Ankara’s agreement with Tripoli, as well as International Maritime Law.
An equally busy month in terms of international diplomacy is planned for Foreign Minister Nikos Dendias, starting with a staff-level meeting between Greek and Italian experts in Rome on Monday to continue talks on the delimitation of the Exclusive Economic Zones (EEZ) of the two countries.
A trilateral meeting of Greece, Cyprus and Egypt with the participation of France (3+1 scheme) is to follow in Cairo on January 4 or 5, with the agenda of talks focusing on security, energy and regional developments. The 3+1 scheme serves as a vehicle for more actively engaging France in security and energy issues in the Eastern Mediterranean.
Dendias will also be accompanying the prime minister on his visit to Washington on January 7, while on January 8 there will be a staff-level meeting between the Greek and Egyptian sides to accelerate talks on the delimitation of maritime zones.
In mid-January, on a date that is yet to be finalized, Dendas is to visit Morocco, a country that strongly influences developments in Libya. Finally, the EastMed Gas Forum is to take place in Cairo on January 15-16.