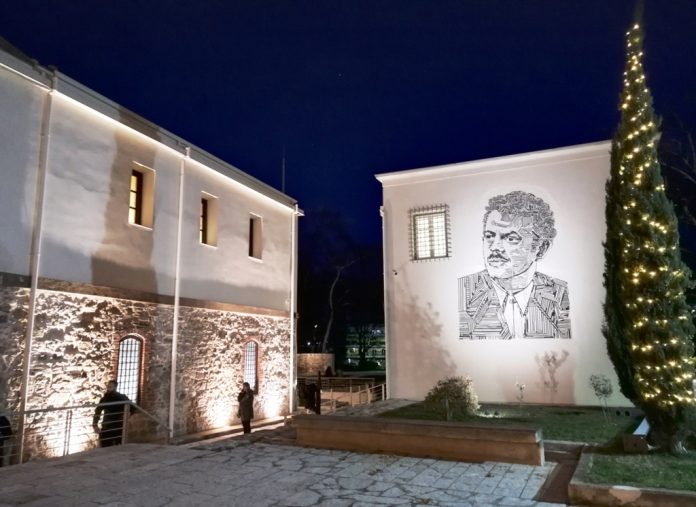 A new, impressive mosaic depicting legendary Greek musician Vassilis Tsitsanis now adorns the museum dedicated to him in his birthplace of Trikala.
The creators of the great artwork are Michalis Koufogiannis and Giorgos Kourmetzas. It took the two artists several months to complete the 18 square meter (194 square feet) mosaic that was presented to the public on Christmas Eve, according to local news website Trikalaview.gr.
The Tsitsanis Museum, dedicated to the life and work of Vassilis Tsitsanis, the famous Greek songwriter and bouzouki player, opened its gates in the city of Trikala in March of 2017.
Tsitsanis’ work, influenced by the daily struggle of post-war Greek people for justice and all their sorrows, was a great part of their lives for more than fifty years. Dozens of Tsitsanis’ songs, which continue to express the spirit of the Greek people, are a source of strength, hope, comfort, sympathy, and love.
The museum is housed in the building complex of the old prison of Trikala, next to the Litheos River and a few meters away from the Koursoum Mosque. There, visitors can discover the great music created by Tsitsanis and view important information and documents about his life and songs.