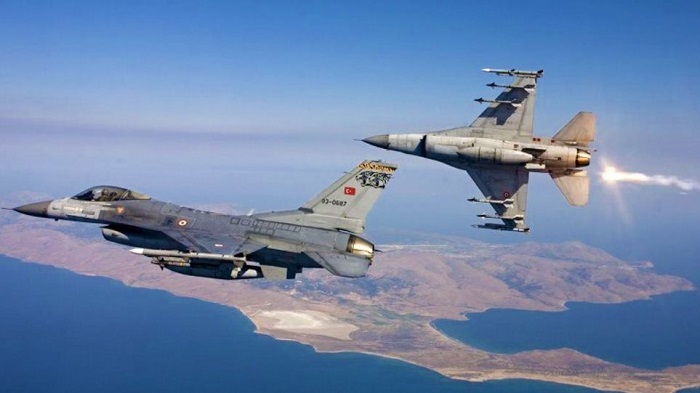 There was no let-up in the most recent round of Turkish provocations, which ratcheted up tensions yet again by sending fighter jets into Greek airspace on Christmas Day, keeping Greek pilots busy intercepting them.
According to the Greek Ministry of National Defense, a total of six Turkish F-16s committed multiple violations of Greek air space and several violations of air traffic rules.
Turkish fighters were active in the northeast and central Aegean and were intercepted by Greek fighter jets, which in one case were engaged in a dogfight with Turkish aircraft.
Defense sources in Athens say that Turkey has broken an unofficial moratorium not to conduct military operations on important holidays for Greece.
While visiting the island of Kasos, the southernmost island of the Dodecanese, Greek Prime Minister Kyriakos Mitsotakis warned Ankara that Greece will defend its national integrity “using every means at our disposal.”


“My presence here, on this important day for Orthodoxy, symbolizes our unwavering belief that we will defend these rights and our national integrity by using any available means,” the Greek Prime Minister declared.
He added “Christmas is a day of joy, happiness and peace and Greece always seeks the peaceful resolution of its differences with its neighboring country. We have full confidence in our right and we move always with guideline the total respect to the international law because we know that the right is on our side. In parallel, we are sending a message of self-confidence and pride. A message of unwavering defense of our sovereign rights.”