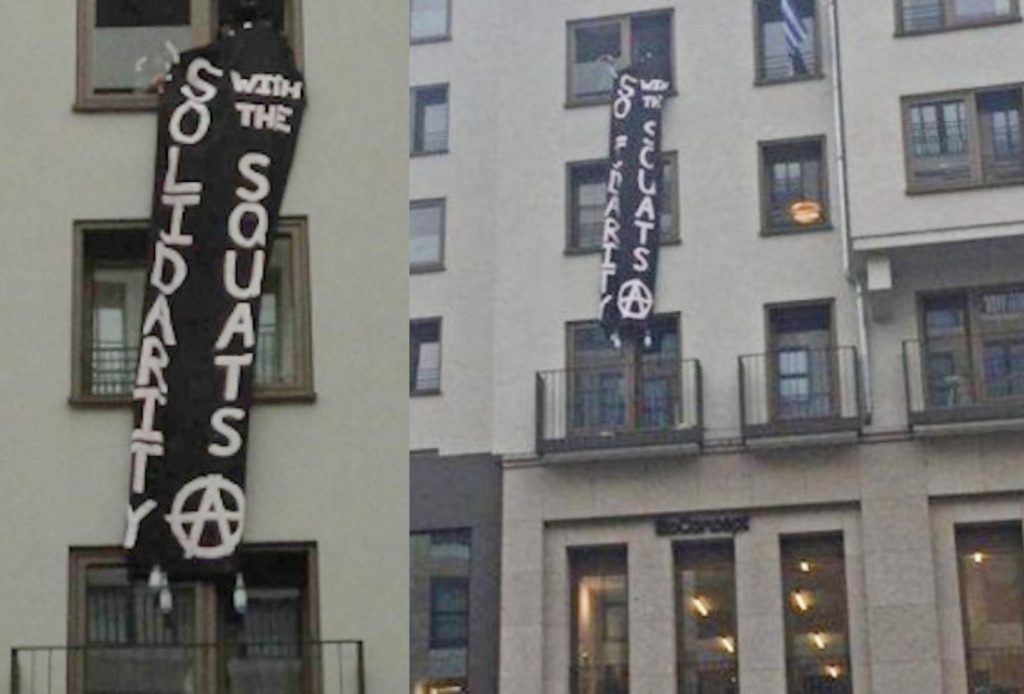 A group of approximately fifteen anarchists stormed the premises of the Consular office of the Greek Embassy in Berlin on Monday.

The group squatted in the office in a show of solidarity for their comrades who had been evacuated from squats in Greece following the ultimatum given by Citizen Protection Minister Michael Chrysochoides.

The group hung a black banner outside the consulate window with a written slogan  which stated “Solidarity with the Squats.” The protest lasted several hours.

In a post uploaded on Indymedia, one of Greece’s most prominent anarchists’ websites, the group said that “In the world of their authoritarianism, we respond with a world of occupation and self-organization. A world that disputes ownership, reformulated in an anti-hierarchical way, and the people who make it up are opposed to any form of power. The answer to the violence of your dogmas will be our solidarity.”