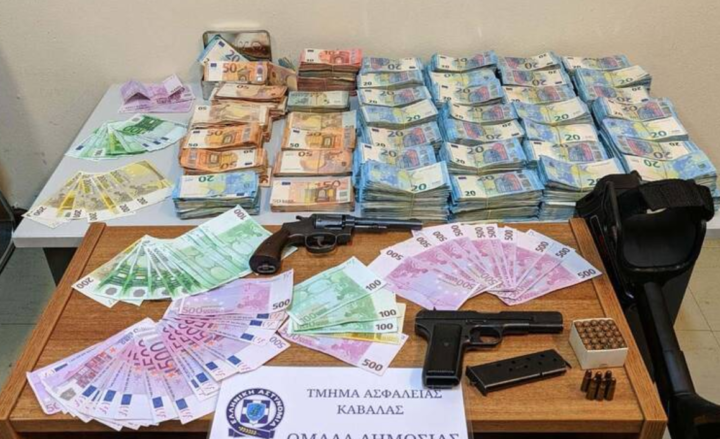 The Hellenic (Greek) Police announced on Saturday that they had arrested three men accused of being involved in the theft of €4.2 million (4.65 million dollars) from the premises of a security company in northern Greece, in January.
The Kavala Police Department handled a methodical investigation and well-organized police operation tasked with tracing the 4.2-million-euro robbery from the branch of an international security company in Amygdalaeon near the city of Kavala.
Not only did police arrest the three perpetrators allegedly involved in the case, but they were also able to locate the bulk of the money that was stolen. One perpetrator was the director of the branch of the security services company from which the very large sum of money had been stolen. The perpetrators of the robbery had faked the abduction of the branch’s director, and managed to steal a total of more than four million euros, in a well-designed inside job.
They then hid the huge amount of banknotes in a well, and in large boxes and inside a speaker, all buried underground on the premises of an auto shop.
All three individuals now face serious theft charges.