GRNews
GreekReporter.comGreeceVandals Torch Christmas Tree in Athens’ Exarchia for the Second Time in... 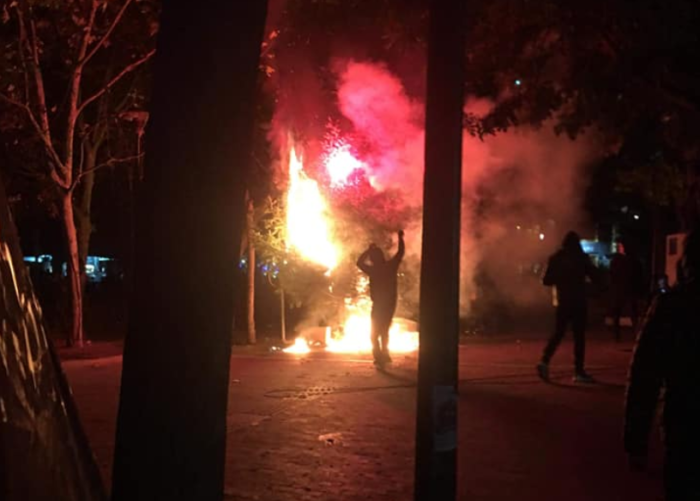 Unknown vandals burned for the second time in less than two days the Christmas tree of the central square of the notorious Exarchia district in Athens on Friday night.
The new incident took place just a few hours after the tree was replaced and decorated by the city of Athens’ municipal workers, on Friday. Vandals set the first tree ablaze on Wednesday night.

Friday’s incident was nearly identical to Wednesday’s when eyewitnesses said that a group of youths set fire to the tree using lighters.
The vandals also destroyed the lights in the manger before fleeing down side streets.
Tensions in Exarchia between police and Anarchists have increased in the last several months after the new conservative government instituted a crackdown against squatting in abandoned buildings in the area, resulting in the extensive use of police force.